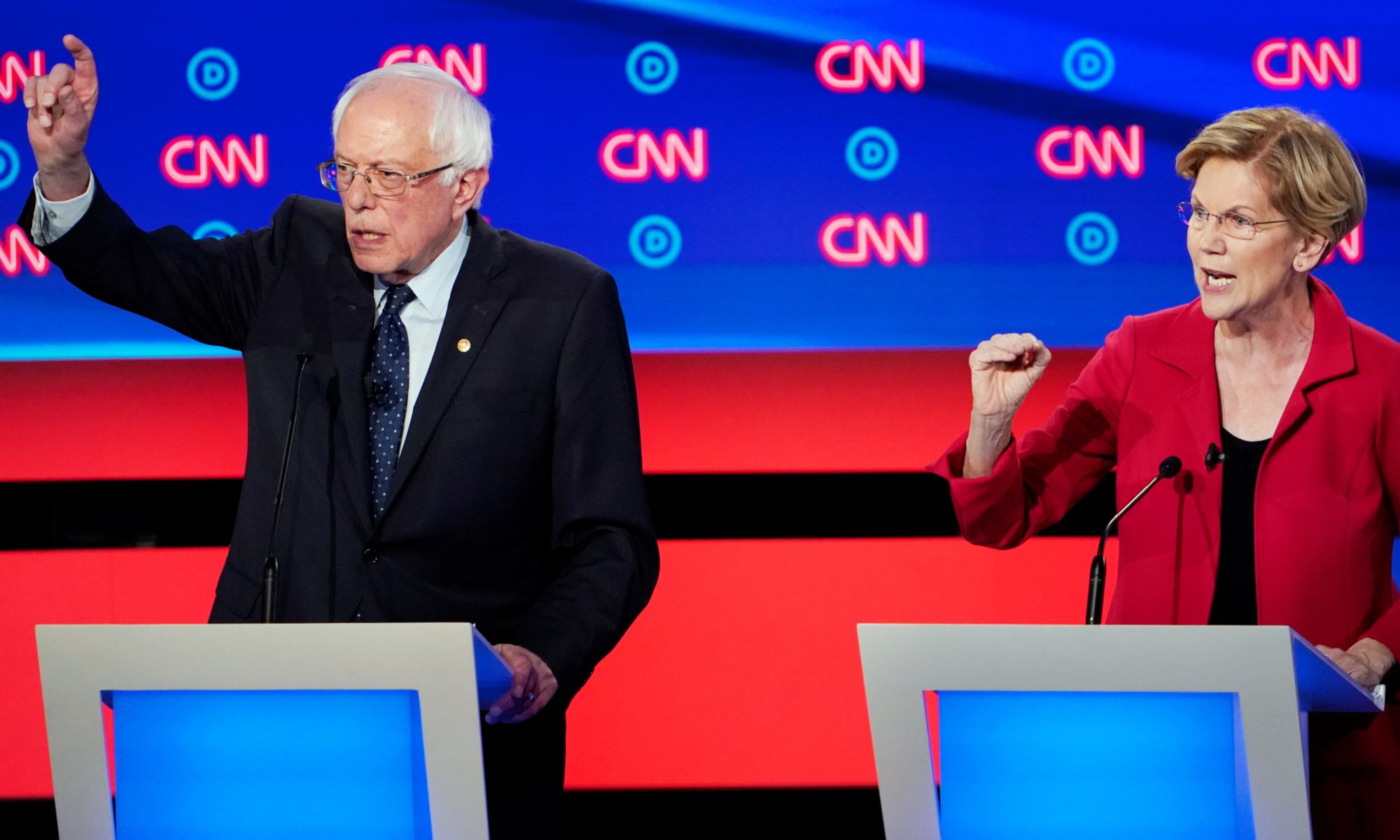 This past Tuesday and Wednesday, twenty candidates took part in the second round of Democratic Primary Debates, hosted in Detroit. And as per usual, I recorded and watched through every minute of both nights, looking to see how the candidates performed in what, for many of them, will be their last moment on the debate stage.

Without question, the biggest winners of both nights were Bernie Sanders and Elizabeth Warren. On nearly every single policy, they were able to articulate their policy proposals on a level that stood far above the rest of the field not just on the first night, but even in comparison to the second. Yes, they are more progressive and have plans that I support far more than anyone else. However, when it came to the competition, most of the other top tier candidates stumbled in making their cases for their arguments, which further pushed the case for the two progressive candidates.

Night one was the battle of the progressives versus the moderates.

Rather than seeing what I had anticipated the Bernie vs Warren’s head to head challenge, the two teamed up against all the moderates. All night, the two just landed punch after punch against a more middle ground policy platform. On healthcare, they continued to push for Medicare-for-all (M4A). The line of the night for me was when Bernie was explaining the senior citizen benefits in his M4A bill, and as Tim Ryan interjected questioning that Bernie didn’t know it would include those things, this was Bernie’s response:

The night for only continued to go stronger. Aside from Bernie starting his first debate question stating in response to Delaney’s policy “You’re wrong,” Warren got into several challenges, or shall we say the one-sided dismantling of moderate policies, with Delaney. This was her strongest moment of the night:

Warren here makes one of the most direct pushes against the preconception that going moderate is the only way to defeat Donald Trump. And she’s right. It’s not just about defeating a candidate the majority of Americans are in consensus to not like; it’s about ensuring that when we do that, we can ensure that we have a candidate in place that will truly advocate for all Americans and not be ambitious with policy. What is the point of running on keeping the status quo when Americans are nowhere near satisfied with corporations running everything in their lives? That doesn’t even go into the premise that many of the progressive policies being put forth are standards in every other developed nation that exists. These ideas are nowhere near novel; free public colleges and universities, health care for all, progressive wealth and corporate tax codes are the cornerstones of social democracies across the globe. These ideas are feasible.

This first night had other decent performers with Marianne Williamson and Pete Buttigieg had some good moments to make their cases, yet the tag-team duo of longtime friends Bernie and Warren just stood far above the rest of the field, with Delaney performing by far the worst.

The second night was far messier and unclear.

The candidates all flowed throughout the night between good moments and bad moments. That being said, the two candidates who I saw had consistently the best night was Andrew Yang and Tulsi Gabbard for two completely different reasons. Yang chose to not attack anyone at throughout the night and stuck to repeatedly going to push his UBI proposal known as the Freedom Dividend. Yang also took a very strong stance arguing for M4A on the behalf of businesses, which I believe should be near the center of the M4A argument. My favorite moment he had that night was his closing statement, where he went right at the whole premise of the debates themselves:

Yang broke the 4th wall there. He spoke directly to the frustrations Americans have with the debates and the fact that this whole system has become all theatrics. He honed in on what many of his supporters want to hear from him, and he executed on throughout the night on that.

Gabbard, by contrast, went directly to go after the positions and records of the moderate front runners Kamala Harris and Joe Biden. Most notably of that night, she went right after Harris’s abysmal record as a prosecutor, much of which I wrote about in this blog post:

This was the first time where a candidate has had the chance to press Harris, and Tulsi took advantage of every moment of it. America needs to hear about who Harris is, and I couldn’t have been happier to see how those exchanges went between the two of them. Other candidates also had decent moments that night, like Booker, Castro, Gillibrand, and DeBlasio, but it was Yang and Gabbard that had the best performances of night two, with Harris, Biden, and Bennett doing the worst.

This round of debates, as did the first, fundamentally did not change any opinions I have on my preferences this upcoming election. Granted, I do spend a significant amount of time reading and writing about this campaign has contributed to that sentiment. But for those who have not been as active as I have been when it has come to following this election, this map recently made by the New York Times is indicative of a lot.

Now, yes Biden is still polling in the mid to low thirties while Bernie is polling close to 20%. Yet, that Biden number has been falling since he formally announced his run, and his debate performances are showing Americans the true concerns we should have with a candidate who can’t even debate his party members, let alone in the general against Trump. Time will only tell now how things will shake up, but with the last two-night debates behind us, September’s debate will be the beginning of where the true fight will occur. And, of course, I’ll be back here to break it all down. Till then…