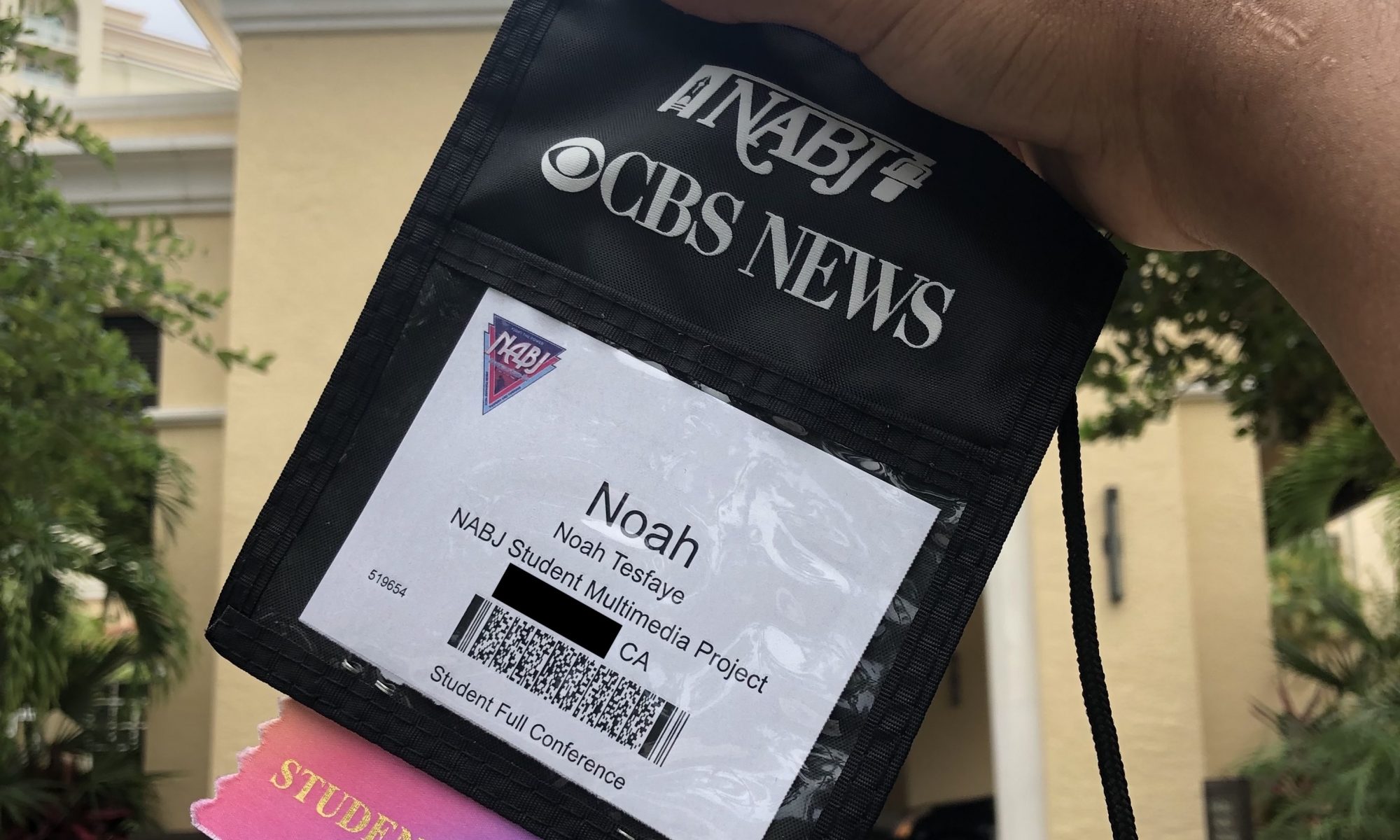 There’s something to be said about being in a room, in a convention, heck in any space where you truly belong. I don’t mean you have friends there, or that you have your bosses on your side. That’s great of course. What I’m speaking about is something much deeper. This past week, I experienced something I had no idea I would be so grateful for a community of people where every single person can relate to your challenges in your career or passion and actively do whatever they can to ensure your success.

This past week, I had the privilege and opportunity of attending this year’s NABJ (National Association of Black Journalists) Convention in Miami. As a part of the high school JSHOP program, I did a few reporting stories while also having the chance to go around and explore the convention.

Everything about this convention was special. This week, I met some of my biggest journalism heroes and mentors. From Stan Verrett to Roland Martin and seemingly everyone in between, I cannot reiterate how passionate and eager such kind people were in hearing about your work. But beyond that, journalists would reach out and ask about how they could support you in such an enthusiastic way, even I was startled at times at their generosity. This opportunity to meet my mentors in journalism for the first time also was incredibly eye-opening. Celebrities in journalism were so kind just from saying “Hi!” or “What’s up?,” and those small interactions just uplifted me in ways I will always remember.

To know that other journalists may deal with the same frustrations you may be facing in your work is humbling. I won’t deny that at times, it’s just hard as a black journalist to have to constantly reiterate the importance of writing certain stories or why you care so much about certain issues. But, when people who share your similar experiences can just congregate all in one place to not only share out stories but collectively work together to ensure that we can be better prepared for those circumstances is powerful.

I would be remised though if I didn’t just take a moment to say rest in power to Toni Morrison, who passed away my first day at the convention this past Tuesday. Her influence on myself, but all black writers, specifically black female writers, has been nothing short of groundbreaking. Thank you, Ms. Morrison, for everything you’ve done.

During my HS program, I got the chance to have mentors who pushed me to continue my growth as a journalist. Although I may have had a bit more writing experience than some of my peers, they taught me new ways to think about stories. My classmates were also some of the kindest students I’ve seen in this field. Everyone wanted to teach each other new skills and ways to further our learning. I want to just thank my mentors and fellow students for being such a joy to work with.

Perhaps the most memorable moment of the convention was when I had the opportunity to sit front row at the NABJ Presidential Panel. I haven’t ever seen Bernie, Booker, or Buttigieg ever, so hearing their platforms in person, particularly explaining their agenda for black people, in front of black journalists, was incredible. The room was intensely listening and not applauding for almost anything other than their introduction and closing remarks. There was this one moment where someone yelled at Bernie to “Answer the damn question,” and at that point, he responded quickly and said he was answering the question, before further proceeding on message. The whole room was just shocked when it happened, but a few young journalists applauded Bernie’s response to her challenge quickly.

Aside from not getting into the Bryan Stevenson/Michael B. Jordan/Van Jones session, of which I could go on about, I have to just simply say this whole trip has been truly inspiring. I’m leaving NABJ this year as not only a better journalist, but I’m leaving with future relationships with people I hope to learn from and share my stories with. Best believe I will be back next year hopefully in DC for NABJ 2020. This is an experience unlike any other and I will be looking forward to making this an annual trip to become a better journalist, writer, and human being. To everyone I met this week, thank you and I cannot wait to see everything you all continue to achieve.