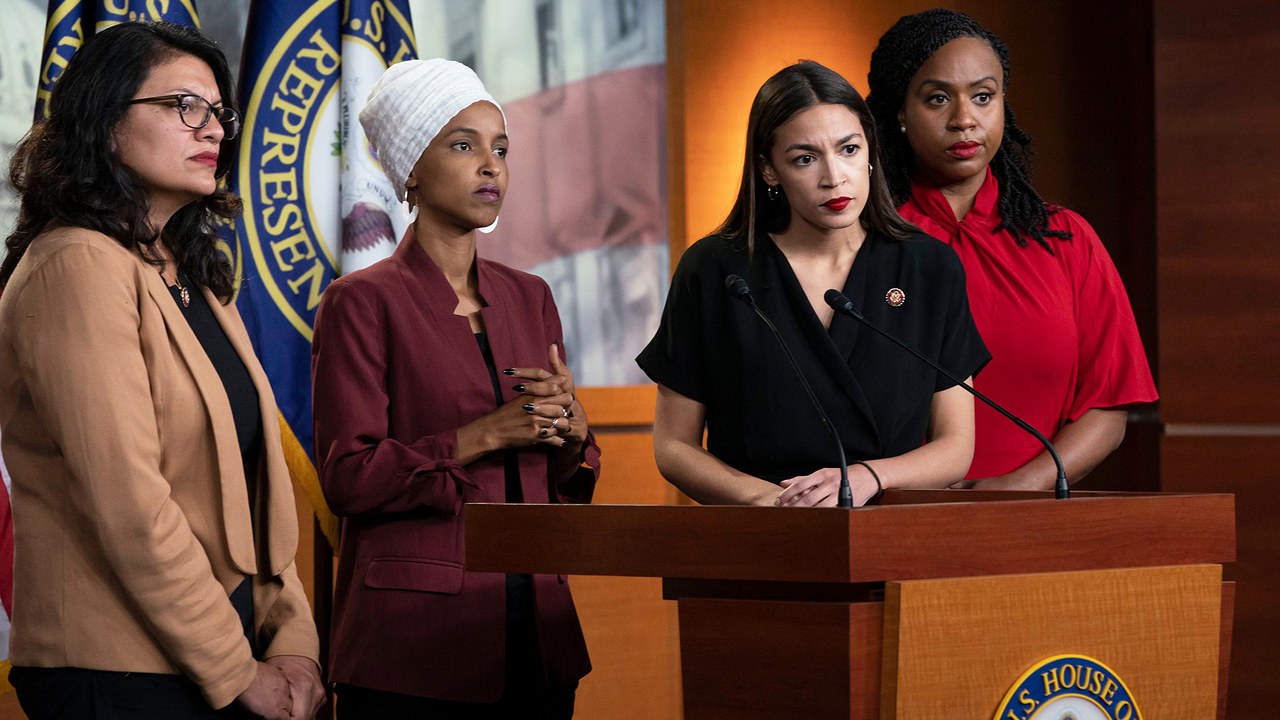 This past week will go down as one of the most remembered weeks in the Trump presidency. Seemingly everywhere you looked, everyone from sportscasters to YouTubers was talking about his statements this past week. And for the right reason.

To be blunt, this attack on Representatives Ilhan Omar, Alexandria Ocasio Cortez, Rashida Tlaib, and Ayanna Pressley started with House Speaker Nancy Pelosi. Earlier the previous week, House Democrats and the speaker went after these Democrats, primarily AOC, after she spoke out against the Speaker voting a spending bill that in part would fund ICE. Pelosi later dismissed their influence in Congress, noting they “didn’t have any following.” This, combined with a tweet from House Democrats that cooked up a storm, opened the gates for what ensued.

These words are not only blatantly racist but echo levels of racism that have existed throughout American history.

The racist sentiment “Go back to where you came from” is about as old as this nation. Thomas Jefferson, who owned many slaves throughout his life (that nearly merits its own post), was strongly in favor of colonizing parts of Africa and sending back slaves in part of his plan for emancipation. Furthermore, with the Alien and Sedition Acts of 1798, the US government purposefully made it more difficult for new immigrants to have any significant voting rights in America.

But it goes beyond that. The fundamental idea of “go back to where you came from” goes against the 14th Amendment. Sherrilyn Ifill, the president of the NAACP Legal Defense and Education Fund, explained in this thread about how we don’t write white or born here, but “all person born or naturalized” are entitled to equal protection under the law.

The history of this idea naturally leads to the hypocrisy of racists today. Trump doesn’t target his attacks on white immigrants or even undocumented immigrants as a whole. In his world of ignorance, he attacks only those who are not white. The problem is that today, there are too many pundits, politicians, and everyday citizens that are trying to justify racism when you cannot justify it. You cannot justify why with facts or logic why racism is not just an effective political strategy (it isn’t as seen with his recent polling), but more importantly, racism just is wrong.

The hypocrisy of this whole tirade that began with these tweets, and later continued with the “send her back chants” directed at Representative Ilhan Omar at a rally in North Carolina, is that he is criticizing them for being un-American because they want to change American policy. They are attempting to enact policy that benefits more Americans than sticking to the status quo. The whole Trump candidacy in 2016 was predicated on the idea that he wanted to get rid of corporate influence, end wars, establish policies that benefitted Americans. He criticized America for decades and religiously called out politicians for taking on positions that he disliked. In short, he is going after politicians who are attempting to do what he has done for years.

But as the deficit is projected at over a trillion dollars, as tax cuts continue to hurt average Americans, as medical and student debt continue to cripple our citizens, Trump refuses to fight on the policy. Instead, he resorts to using racist remarks and personal attacks on representatives because he knows the true merits of what he wants in policy only hurt the people he is trying to take advantage of their conditioning to believe in racist rhetoric.

The irony of all of this is that Trump is attempting to run from the political dissent that he in part got elected for. These women are American. For three of them, this is their first and only home. For Omar, this country gave her the freedom to no longer live in a war-torn environment and pursue an education.

They are attempting to do something that is about as patriotic as anything you can politically in this nation: fight for a vision of America they want to see in the law.

The racist tirade that Donald Trump has gone on throughout this past week, but really for his whole life, is showing signs of cracking. More and more people who may not have been as politically engaged are at least now starting to understand who this president is. Granted, you should have seen this since the jump, but this is a better late than never situation. Yes, he is a racist, and yes, his tweets and comments are racist, but it goes further than that. The way he runs away from political discussion, from policy discourse, is not what America is about. We should be about debating the issues, the merits of what people want in their vision for America. Fortunately, in 2020, both presidentially and throughout Congress, we have the chance to say with our mouth and with our vote that these are not ideals we should stand for. We have a chance to at least begin to dismantle all the problems and distrust in ourselves that has sprung up because of his presidency.

That duty, that right that I have to exercise in November of 2020, is something I am ready for.

Being Noah Tesfaye #90: The History of “Go back to where you came from”