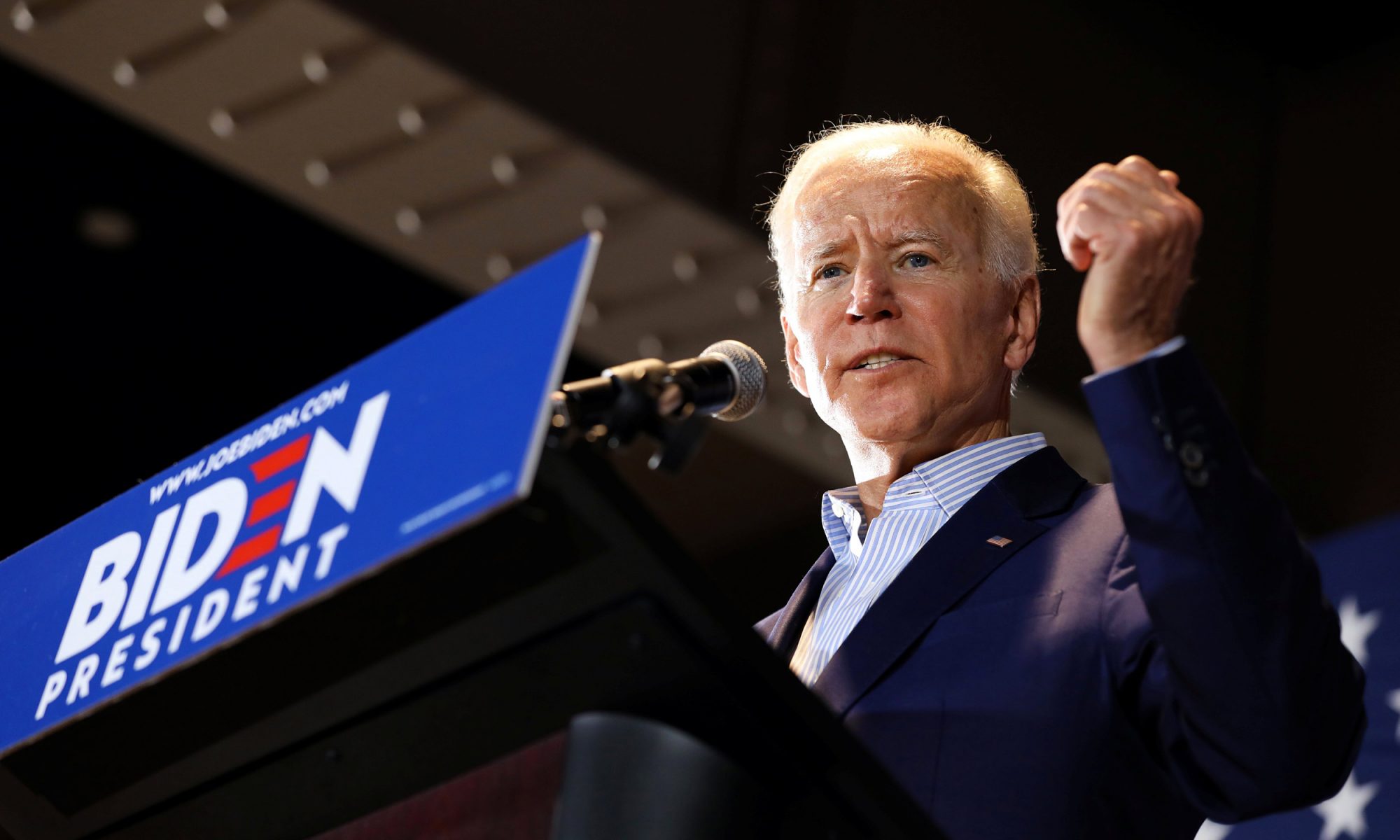 there is one candidate (aside from Donald Trump) that I would tell you that I would never vote for in 2020, it would be Joe Biden.

As mentioned probably in a prior blog post, the first time I ever saw Joe Biden was during the 2008 primaries, where I was a first grader enamored by this politician that had a similar heritage as me (Barack Obama). He didn’t particularly catch my eye, especially since I was following the back and forth between Clinton and Obama at the time. Nonetheless, when I saw him picked as Obama’s running mate, I didn’t think too much of it.

Fast forward ten years later to right now, where Joe Biden is currently polling above 35%, and (assuming nothing ludicrous happens), Biden is poised to become the 2020 Democratic Nominee for POTUS.

And I hate that.

Before anything else, his campaign launch video was about as fake of a virtue signaling exercise as I’ve ever seen. Really? You’re using your intro to this race to proclaim that white supremacy is bad and that Trump is bad. That was it. He had no policy and no substantial justification or why anyone should vote for him, let alone anything to say for why at least he is better suited for the job than his opponents.

What I see Biden doing is attempting to take advantage of the gullible, anti-Trump-at-whatever-cost coalition in the Democratic Party. The pizazz appears to enamor more mainstream media is the fact he seems to be appealing to middle America. They see his race, age, and gender, combined with his conventional, dated positions as the way to drive a coalition against Trump. I’ve written about how I fear that much of America is uneducated in policy and we have for generations often voted for candidates that go directly against our own interests. Going with Biden in the primaries is running towards that inevitable fate that I believe will result in yet another four years of Trump.

Policy-wise, Joe Biden is more conservative than any other candidate running on the left side of the ticket. He still is against the legalization of marijuana on the federal level. He does not support a single payer, Medicare for all health care reform policy that is supported by 70% of Americans. I went through his whole campaign website and there is NOT ONE CONCRETE POLICY on an issue. NOT ONE! The whole page is filled with buzzwords dedicated to exciting people who have not as strong of a policy background and plays on their lack of knowledge. If this isn’t about as direct of a play out of the Republican campaign playbook, I don’t know what anything else is.

As a black person living in America, no Democrat has been more terrible in issuing policy and advocating for policy against black people like Joe Biden. Comparing Kamala Harris’s ludicrous record as a DA and state AG to Biden’s is like comparing a little league baseball player to Babe Ruth; there is no comparison in whose record is more atrocious. He referred to the Crime Bill of 1994 as the “Biden Crime Bill” as recently as 2015, taking pride for over two decades in a piece of legislation that drastically increased over-sentencing and police militarization for black people. He was an advocate for mandatory minimums and played a significant role for Democrats where the sentencing disparities between crack and cocaine magnified during the late 80s. Jamelle Bouie, a New York Times Opinion Columnist, wrote a more comprehensive article about his record back in 2015 when rumors stirred about Biden running then, but you can just get the gist of how racist the policies he supported were and still are.

Yet, as much as I think four years of Biden will be worse for black people than any other Democrat candidate, many black voters are moderates. Furthermore, the single fact that he was Obama’s running mate could only further pull more black people to go and vote for Biden. And I don’t know if that will change in any way. Our constituency will back Biden, no matter how much Warren or Sanders or literally any other true progressive is advocating for policies that will help us more.

Speaking of the Obama-Biden relationship, I will say that their interactions, for how jolly and bromance-y they were, that should not be any indication of Biden being any similar to Obama. Yes, although their policy positions are relatively similar, I have no idea how Biden will truly run his presidency if he were to be elected. This is in large part due to the fact he still has remained extremely vague on his own plans for office both at speaking engagements, as well as on his website and social media.

I won’t go into the handsy-ness or his ignorance about China or about his disregard for millennial and Gen Z voters, but the real question and everyone has right now is this: does Biden have the best electability and stand the best chance of defeating Trump? And my answer to that?

Because if America wanted a moderate Democrat in office, someone who would truly take Trump’s policy seriously (and not always focus on his erratic mouth and ideas), Hilary Clinton would have been our 45th president of these United States. Biden never wants to take any risks on anything in this campaign. And, knowing what we do in 2016, taking things for granted and playing elections safe instead of diligently campaigning will lose you an election, even against someone who seemingly should have never had a chance.

Being Noah Tesfaye #79: The Ridiculous State of Joe Biden