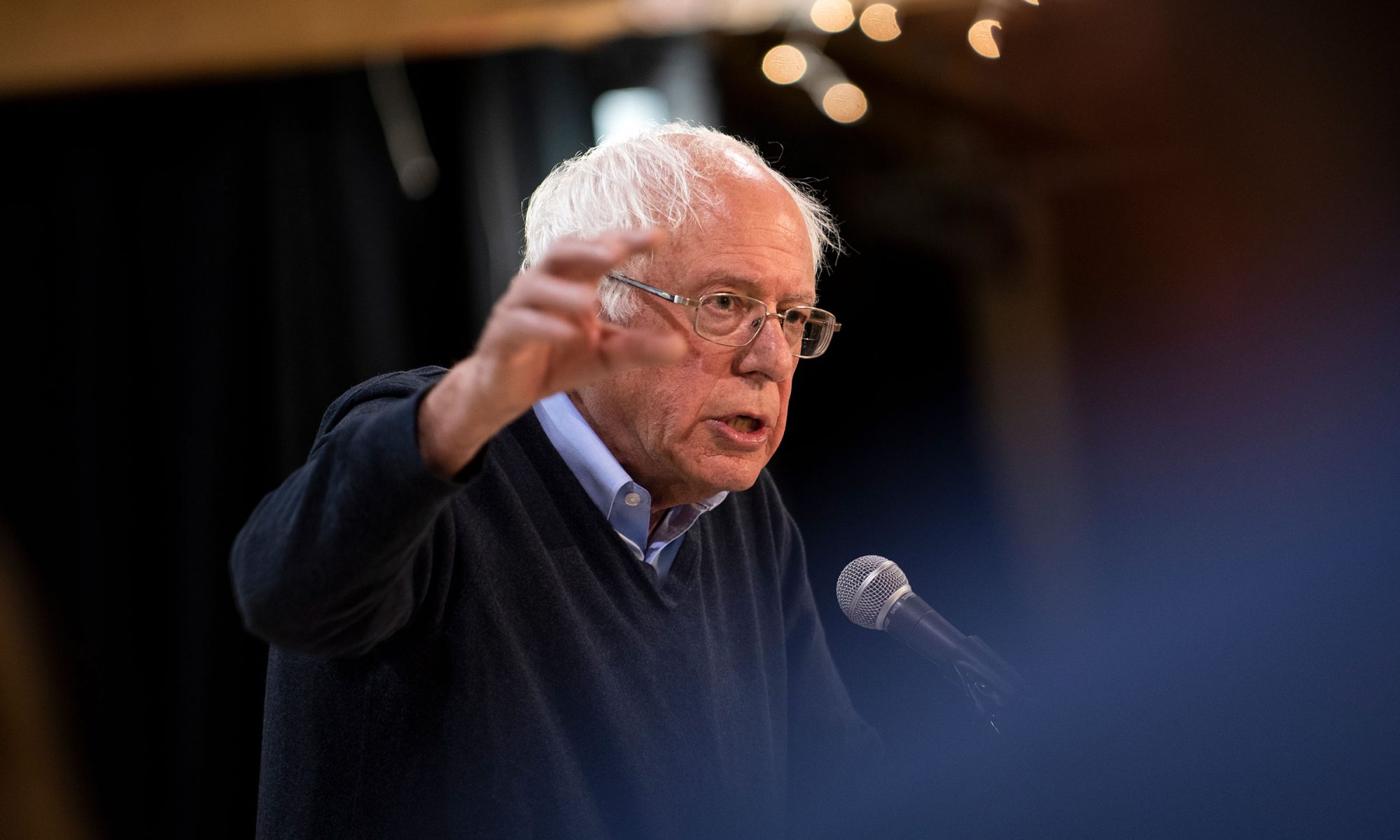 That’s the honest truth. As a freshman in high school, watching his 2016 campaign, I didn’t know as much about policy as I do now. But at that time, I saw Hillary as the safe choice. I thought Americans wouldn’t be ready for “radical” policy positions. They would want the candidate who had a worldwide brand. Ignoring the tidbits of info I already had about the Clintons at the time, I wanted to just see Hillary win. Take the race slow and measured; that’s how Dems would win.

But as election day arrived and I saw exit polls and trackers indicating Trump had crept into the 30% range for odds to win, I knew something was wrong. The next day, walking around school, I realized that maybe this wasn’t the right candidate. I told myself I would try to figure out what happened and how a seeming lunatic could have won against an establishment candidate. I read about SuperPACs, super delegates, the DNC, and finally came to the conclusion that many have made: as Bernie gained momentum, the DNC took as many measures as they could to ensure Hillary a victory.

Two and a half years later, I am here writing to you, taking time to reinvestigate the candidacy of Bernie Sanders, the person who I didn’t want to win in 2016.

In that time, I’ve become more progressive on policy stances. I support much of the core policies that Bernie has based much of his career on, such as Medicare-for-all, as well as on a stricter tax code that increase rates against higher income earners and large corporations. I also commend his stance to allow incarcerated people to be able to vote. That is a position that should be a prerequisite to be president and earn my vote. In many ways, I just support and understand all of these tenants of the Sanders campaigns. I will say this however that these policies, while supported by a majority of Democrats, are no longer unique to his campaign. I do admire his commitment to many of his positions that he was thought as extreme for throughout his career.

However, as I’ve stated before, for myself, the 2020 democratic primaries are really about voting for the candidate I dislike the least more than voting for a candidate I completely support.

Bernie Sanders comes with a few personal gripes for me. First and foremost is his firm stance against reparations. I do believe that most candidates, especially those who back the idea, fail to really understand the legal justifications for why it must be studied and applied. What I dislike about Sanders is that he fails to treat black people as their own unique marginalized group in American society for their own respective past. His corrections on society as a whole are very helpful in aiding black people to continue to move up. But the sin of slavery, the perpetual state-sponsored segregation that existed and continues to exist in police enforcement and school segregation won’t go away. That is what reparations are against(also check “The Case for Reparations” by Ta-Nehisi Coates, the most important piece on the subject this decade). It is not against those who once owned slaves; it is against this nation’s government for violating the rights of people since slavery from granting equal protection under the eyes of the law. I’m not saying checks will just solely solve that, but commissioning an initiative to study how possible reparations could take place must be considered.

Also, something to consider at this time is that he suffers from a lack of support from minorities. His polling with black and Hispanic voters, if it stands as it does right now, could lead to him not being elected. That being said, it isn’t necessarily from a disliking of his candidacy, but rather of their support for other candidates, like Biden and Harris. The issue comes more from the fact that the majority of minority voters are older and are voters that have more conservative positions.

To elaborate on that further, I will say that Bernie suffers from a branding error in labeling himself as Democratic Socialist. It isn’t that I don’t agree with many of those ideas for that movement; my concern is the perception of not being electable. A social democrat, a human dignity-centered campaign. Literally, any phrase aside from DS would have eased any sort of concerns older, more moderate voters have of him. After all, his candidacy really is contingent on whether Americans believe that electability is second to policy, that Biden, however seemingly the best candidate against Trump he may appear, is not progressive enough. Do we know if his electability is a perception problem? Sure. But that is something to consider.

However, with all of this said, however little I do have to say consequentially, I do think he is one of my least disliked candidates so far. The perception of his policies and ideas do not work in the rust belt just is not true. Bernie in the 2016 primaries won the swing states like Wisconsin and Michigan that fell to Trump in the general. Furthermore, as a candidate who also has been against NAFTA and the TPP since the beginning, he could appeal to rust belt voters who have seen Trump hurting their economic security by imposing tariffs that hurt their industries. Working with AOC on capping credit card interest rates also intrigues me as well.

Bernie is right near the top of candidates I’ll vote for in the primaries.

With Biden polling numbers continuously dropping every single time he says something stupid, I envision this race becoming more contested than we even see it now when we get to January. Furthermore, with the debates starting next month, I look to seeing how Bernie goes head to head with his opponents in pushing his policies. He is the one candidate that the more I’ve researched, I actually have become more invested in. After all, this was the same person who led the crusade at my school next year, the University of Chicago, in protesting the institution’s ownership of segregated housing while he was a student.

As a generation z member to have only begun to realize my possible support and backing for Bernie, I just appreciate that he takes young voters about as seriously as anyone else running for office. Now, whether he will follow through with backing our generation in office has yet to be seen. But, if he can continue his campaign smoothly and perform well in the debates, he has a chance at defeating Biden, and eventually, Trump.

Being Noah Tesfaye #82: A Member of Generation Z Turning Towards Bernie Sanders