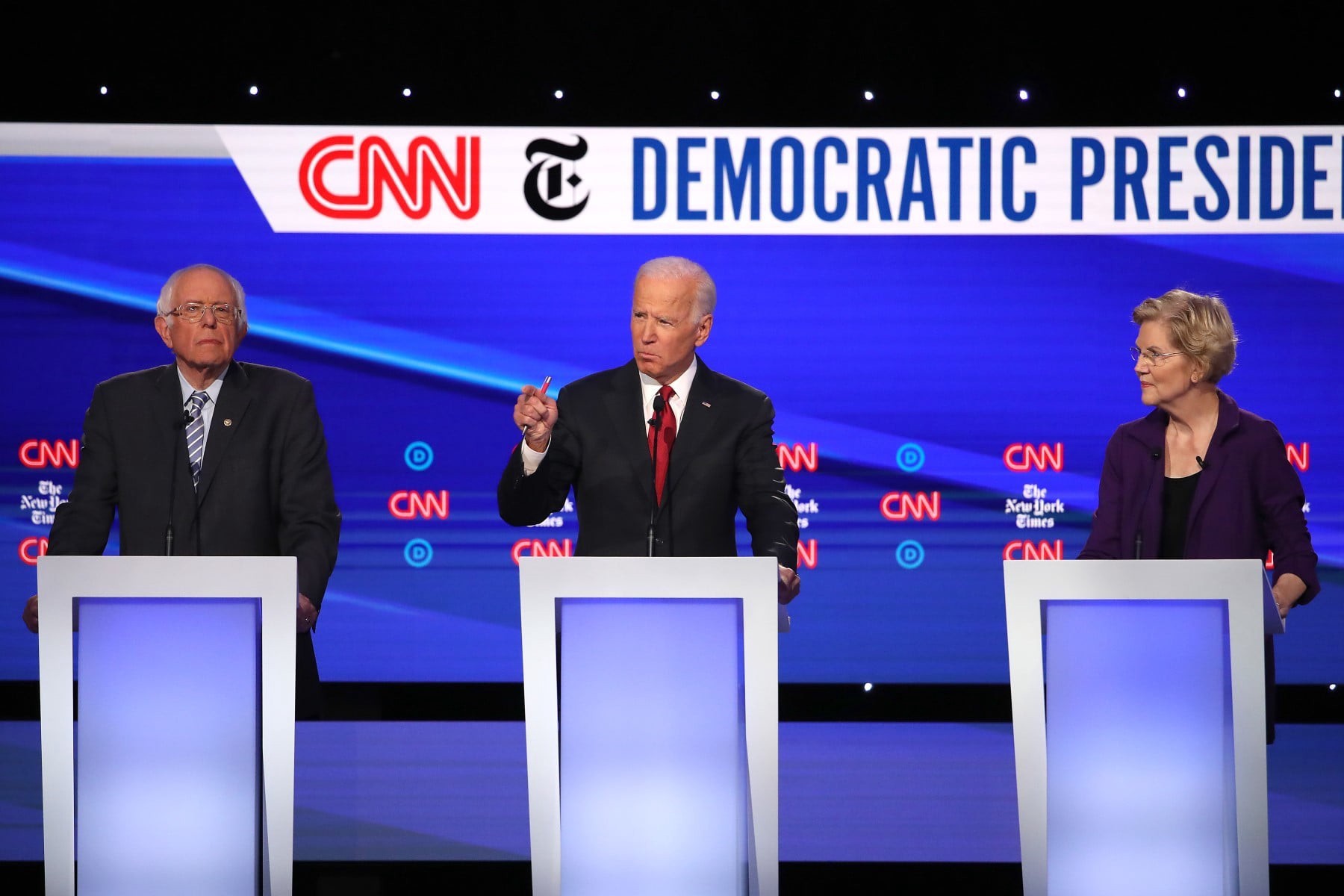 Tuesday night, I watched yet another Democratic Primary Debate on route to the 2020 general election. It was quite a new experience for me, watching live amongst people with drastically different political perspectives, laughing and heckling at candidates. I went to our school’s Institute of Politics, a center for activism, talks, and events.

For three long, drawn-out hours, I watched twelve candidates continue to make the case for why they should be president. This debate in particular felt far more drawn out, maybe because I was watching in a new time zone, or because I’d heard these candidates make these same arguments over and over again. Yet, amidst the abundant back and forth attacks, the winner this go around was absolutely clear.

Bernie, coming off of a heart attack, stole the evening with his precise responses and fresh energy after taking time off the trail.

No, he may not have cracked down significantly against Biden with the amount of ammunition he has, but he did pick apart Biden’s record on compromise with securing trade deals that took away millions of jobs and backing the war in Iraq. He also did a far stronger job in comparison to Warren on explaining Medicare-for-all, not only because he knows the intricacies of the bill, but because he’s honest about a small marginal tax increase in exchange for removing all copayments, deductibles, and premiums when it comes to insurance.

Throughout the night, Warren as the current frontrunner/co-frontrunner faced attacks from Buttigieg and Klobuchar about Medicare-for-all, but also for generally raising middle class taxes for her vision. Fortunately, she went back to discussing how much insurance and pharmaceutical corporations have been destroying families for charging egregious costs. She came forth strong against O’Rourke and Klobuchar for pushing for her wealth tax amidst centrist deflections of the tax bill. She did nothing at all to hurt her standing in the polls, and in that respect, made the night a win for her as a current frontrunner.

As per common occurrence in these debates, Biden seemingly performs poorly but also does not do enough to really disrupt his base support. Yang had a particularly strong moment on decriminalizing drug use across the board and establishing safe use and injection sites, a progressive issue that doesn’t get discussed enough. Buttigieg took a stronger stand to be the alternative moderate to Biden, but didn’t do enough to bring up his numbers.

At this moment, the race is seemingly being not affected by these debates. No momentum changes occur anymore, no new statements are being made, and debate viewership is declining. At this point, the debate as a concept has been thrown around as something not worth even hosting. I hope to investigate that on a later blog post or for a future article, but we are reaching a time where candidates being involved in long form interviews or just Q&A sessions is far more informative than any biased MSM moderated event. Yang just did a ten hour livestream yesterday answering questions, and while that is pretty extreme, the chance for candidates to interact more directly with voters in the age of social media is great for all of us.

With the next round of debates set for next month, Warren, Biden, and Bernie are going to be duking it out on the campaign trail till they go on stage together again, and maybe, just maybe, we will start o see more focused discussions on policy elsewhere.