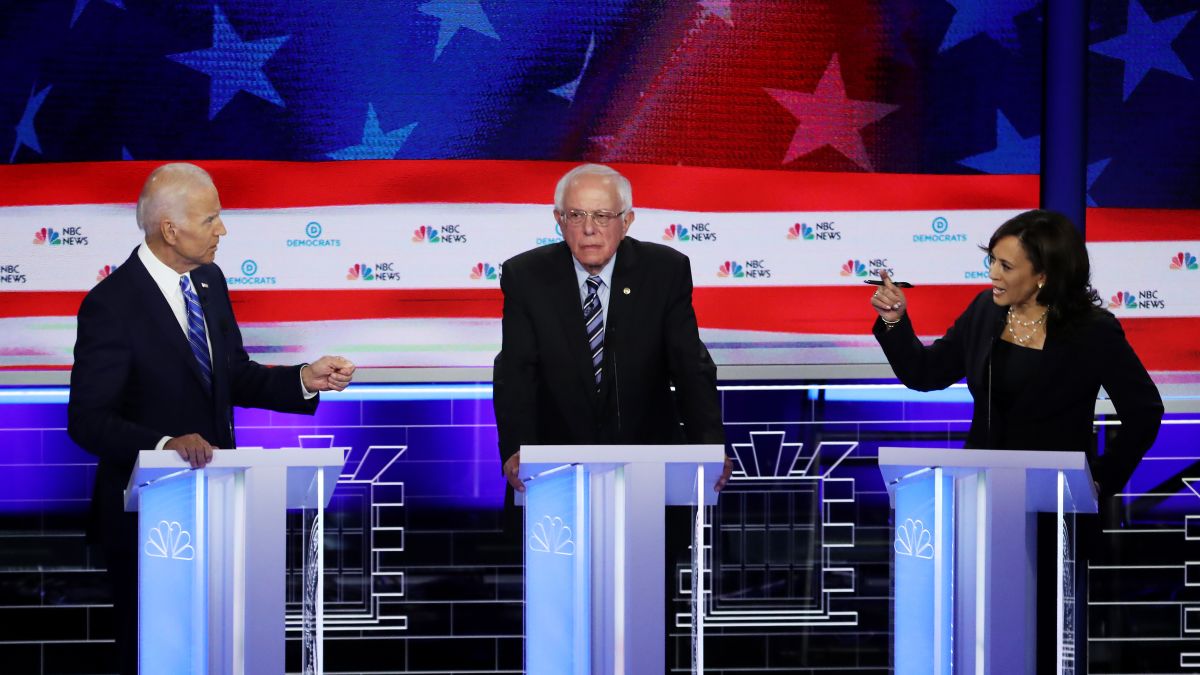 The first Democratic Primary Debates are now in the books. On Wednesday and Thursday this past week, the 20 candidates that qualified were sorted out randomly into two ten-person debates. In short, these two nights of policy and ideological arguments marked the true beginning of the 2020 Presidential Election.

For each debate, I recorded and watched through every minute, looking for new takes, new ideas, and anything novel that I had not seen yet in the campaigns.

In short, nothing about my own preferences of nominees changed. In fact, the debates only further solidified the candidates I had been looking to see perform the best, Bernie and Warren. Warren got sorted on the easier Wednesday night roster, where she was the only candidate polling in the top five. Compared to the rest of the field, she came in more prepared, more policy-oriented, and showed the average viewer why she was the readiest for the job that night. She was methodical and made sure to use her voice that ensured she wouldn’t lose ground in the polls but still showcase her ideas.

Bernie’s night got to a slow start but significantly picked up as the night went on. Granted, his night was filled with far more interjection and unnecessary jabbering. However, Bernie stood out above nearly every other candidate when it came to how every candidate framed his own arguments, with comments like “I agree with Bernie,” or “Bernie is right on this.” The policies that he ran on in the late 80s, the policies he ran on in 2016, and now the policies he is running on for 2020 are now becoming widely accepted by almost every candidate. Whether Medicare-for-all, the assault weapons ban, or harsher regulations of Wall Street, Bernie led the charge to put the common American as his true first priority and has done so for decades. The level of respect and support for his ideas amongst his peers is indicative of the awareness of the validity of these plans. Once he got to his closing statement, no one finished their debate performance as he did. He framed his conclusion around the concern he has that nothing will ever change unless a candidate has the guts to truly take on corporate America, portraying every other candidate’s goals as merely talking points that don’t indicate their commitment to all citizens.

On night one, Cory Booker and Julian Castro came in and did what they needed to stir up their names back into the mainstream conversations, focusing on their core campaign issues (Booker on civil rights, Castro on immigration). The candidate that I had not anticipated admiring was how passionate Jay Inslee was in pushing for climate change as the sole purpose of his candidacy. Climate change is the single biggest national security and economic threat for our country in my view. For him to at least have the chance to voice those ideas on the national stage is something I am grateful for, although it is inevitable that his ideas will be not ranged as priorities and we will fall only further into the climate crisis we are enduring right now. Tulsi Gabbard could not answer a straight question for the first hour but then proceeded to assert her dominance in the foreign policy field against Tim Ryan.

Yet, for as many, as may have tuned in for the first night, the second was the one with the majority of popular candidates: Bernie, Biden, Harris, Buttigieg, and the two rising non-politicians Yang and Williamson. And in just two hours Thursday night, we all saw what I had anticipated coming:

The beginning of the collapse of Joe Biden.

Besides his policies being awfully centrist, we saw his ideas for America crumble Thursday right before our eyes. Of course, the moment we will remember for the rest of the campaign will be when Harris spoke to Biden’s record on race relations, specifically opposing busing. She tied this to her own life story, is the second class in Berkeley at her school to desegregate and she was bussed in. His response was unfocused and couldn’t make up for his past record on the issue. When it came to foreign policy, Bernie went right after Biden’s record voting for the war in Iraq, followed up by mentioning his persistent anti-war record and backing the War Powers Act to prevent the war with Yemen. Everything Biden said on Thursday only further hurt his campaign, and with the comments, yesterday about a black kid wearing a hoodie “may very well be the next poet laureate and not a gangbanger” only further solidify why he would make a terrible general election candidate and president.

Harris was by far the biggest winner of the debates. On Thursday, she came in appearing to be all for the progressive agenda in a way that makes the average, non-politically active person think she is for those ideas (even when we very much know she doesn’t stand for those ideas). She had many lines throughout the debate to smartly portray herself as the adult amongst children bickering, poignantly wrapped up when she said “America does not want to witness a food fight. They want to know how they’re going to put food on their table.” To be the one to come in ready to knock out Biden was the best move for her politically at this point. She isn’t attempting to go towards the hard left, millennial voter; she is going for the not-so-politically inclined, moderate voter, specifically the more conservative older black Democrat voters. Those voters may be feeling more concerned about Biden, but now they know they can have someone who supports their views and is a viable alternative for any centrist Democrat.

O’Rourke failed as I had anticipated, but the true disappointment I had watching the debates was seeing Yang’s poor performance. Although his mic did get cut off at moments throughout the night (which is crazy considering his mounting support for NBC to do that), the moments he did get to speak were not as punchy and as to the point as I know he can be. Hopefully, his momentum can continue and those who hadn’t ever seen him can learn more about his campaign. Maybe the next set of debates will provide more impactful for his candidacy. At this point, the more name recognition for him or Williamson is the goal to continue further and meet the later debate thresholds.

With the first debates wrapped up, it has become more clear that Democrats and America really as a whole, has become far more progressive in just the four years since the previous primaries. I am really eager to see how things shake out in the next month until we hit the second debate, also split across two nights, July 30–31st. At this point, keeping an eye out on policy shifts and agenda changes can be an effective way to remain engaged in the campaigns.

The goal of these posts aren’t really to share any particular ideology, but to reinforce the idea that everyone can be informed about politics in simple steps. So whether it means reading articles or watching YouTube clips, do whatever you want to be able to be informed enough to make your own choices once the primaries start in January.

Being Noah Tesfaye #87: The First Democratic Primary Debates — Oh How the Tides Have Turned