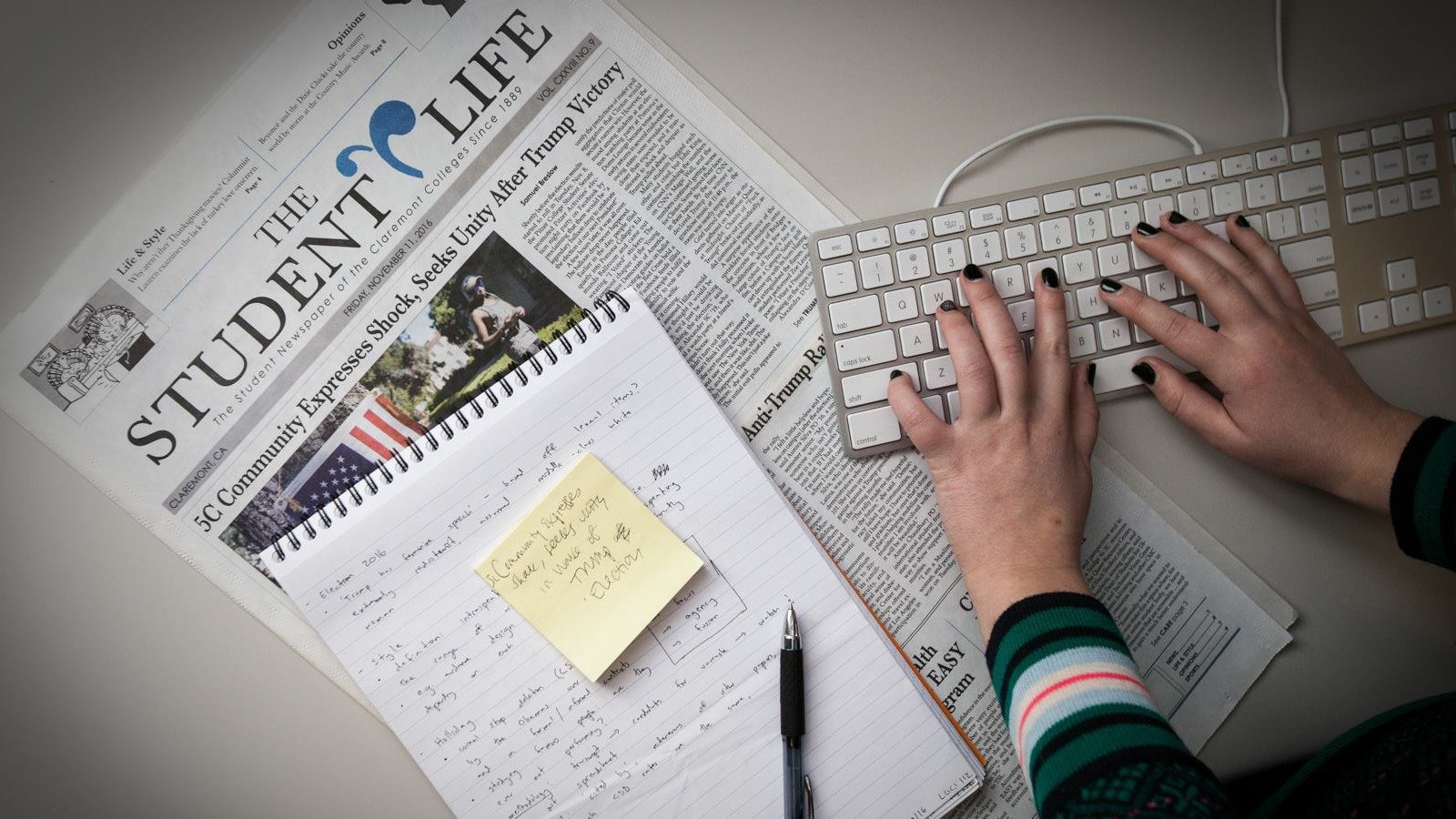 I know, why wouldn’t this student obsessed with the law not attend sessions that related to what I wanted to do as a future career? Well, every single session I went to, I grew in understanding the rights of the publication that I am a part of, the paper that has allowed me to flourish as a writer. And in all the sessions I attended, the one single thing that I couldn’t get out of my head was that California, my home state, protects us the student press, more than nearly every single state in the nation. For once, the government gives us the responsibilities and rights of adults.

The law that protects us specifically, a California public high school, is California Educational Code 48907. This is what it states verbatim:

“Pupils of the public schools, including charter schools, shall have the right to exercise freedom of speech and of the press including, but not limited to, the use of bulletin boards, the distribution of printed materials or petitions, the wearing of buttons, badges, and other insignia, and the right of expression in official publications, whether or not the publications or other means of expression are supported financially by the school or by use of school facilities, except that expression shall be prohibited which is obscene, libelous, or slanderous. Also prohibited shall be material that so incites pupils as to create a clear and present danger of the commission of unlawful acts on school premises or the violation of lawful school regulations, or the substantial disruption of the orderly operation of the school.”

These words are what allows us in the student press to set our own destiny, to make the choices that we want in publishing essentially whatever we want. Obviously, school disruption can be interpreted and extended by legislation in schools, but we are protected. This is something I never will ever take for granted, and have never taken for granted because I know had I lived in almost any other state, I wouldn’t have this right.

Tinker v. Des Moines is what set the basis for establishing student press rights. A public school in December of 1965 punished two students and suspended one of them for wearing black armbands with the peace sign in solidarity against the Vietnam War. The students sued and it went all the way to the Supreme Court, which ruled in their favor, 7–2. They agreed that the armbands were a form of speech, and therefore, without any external repercussions that disrupted school, the school reprimanding them was a violation of their First Amendment rights. The famous phrase from this case is still felt to this very day: “students (n)or teachers shed their constitutional rights to freedom of speech or expression at the schoolhouse gate.”

In 1977, the California state legislature put in place ed code 48907. After a case in which prior restraint was not established by a school in the state, California felt compelled to make this decision. It was able to act as a counterweight to a case which tipped the scales in the other direction of Tinker.

Hazelwood v. Kuhlmeier(1983) was a case in which a school-sponsored paper in Saint Louis was told by their principal that two of their articles were inappropriate and ordered the staff to cut the articles. After the students sued and it reached the Supreme Court, the justices ruled 5–3 against the students, stating that schools had the right to refuse to sponsor speech that was “inconsistent with ‘the shared values of civilized social order.’” This dealt a major blow to student press rights in states which did not have the protections like California because it overwrote the precedent in Tinker.

Schools across the country fight with censorship. One of the more frustrating situations is of a local private school that censors almost any political speech in their student paper, as is their right. Thankfully, although there is a prior review at my school, the administration knows they cannot censor us from publishing in nearly all circumstances.

However, this week, the lines got blurred.

At my school, a situation with our yearbook staff arose, where senior quotes (the ones that go under your senior portrait) were in jeopardy of being canceled. The student body and yearbook staff voiced their concerns, and it ultimately came to a misunderstanding about the rights of the staff and the justifications for why advisors urged and advised the yearbook staff to not publish.

In a collision of my passions, Monday through Wednesday was just my reporting, interviewing, and constant messaging to cover and write the story that I, along with our staff, knew needed to be covered. Once all parties (administrators, advisor, and yearbook editors) came together, they were able to resolve the issue. Seniors will get senior quotes, if they submitted them, in the yearbook this June.

And after it all, I finalized my article and published one of the pieces I am the proudest of, linked right here.

Look, I’m not going to deny that sometimes student journalists are sometimes looked down upon, that our work doesn’t matter, that we can’t really affect anything. Our peers may laugh at the work we do, but I know that it is all a tiny, negligible factor. The job isn’t to appease; it is to educate, to help people understand new perspectives, to report on what people need to hear, to share stories that we think the greater student body and local area are beneficial to them. IF a single person reads one article in our magazine when it gets published next week and takes something away from it, then we know we are doing our duty.

As corny as it may sound, the Washington Post’s tagline is real: “Democracy Dies in Darkness.” Every day, with the rights we have as a public high school newspaper, we work to shed the light on topics that sometimes people may take for granted but need to be heard. And I love that opportunity to be a part of it, every single second, even when it may not show itself in my frustrations at the time, because it’s a privilege I will work my hardest to take every advantage of.