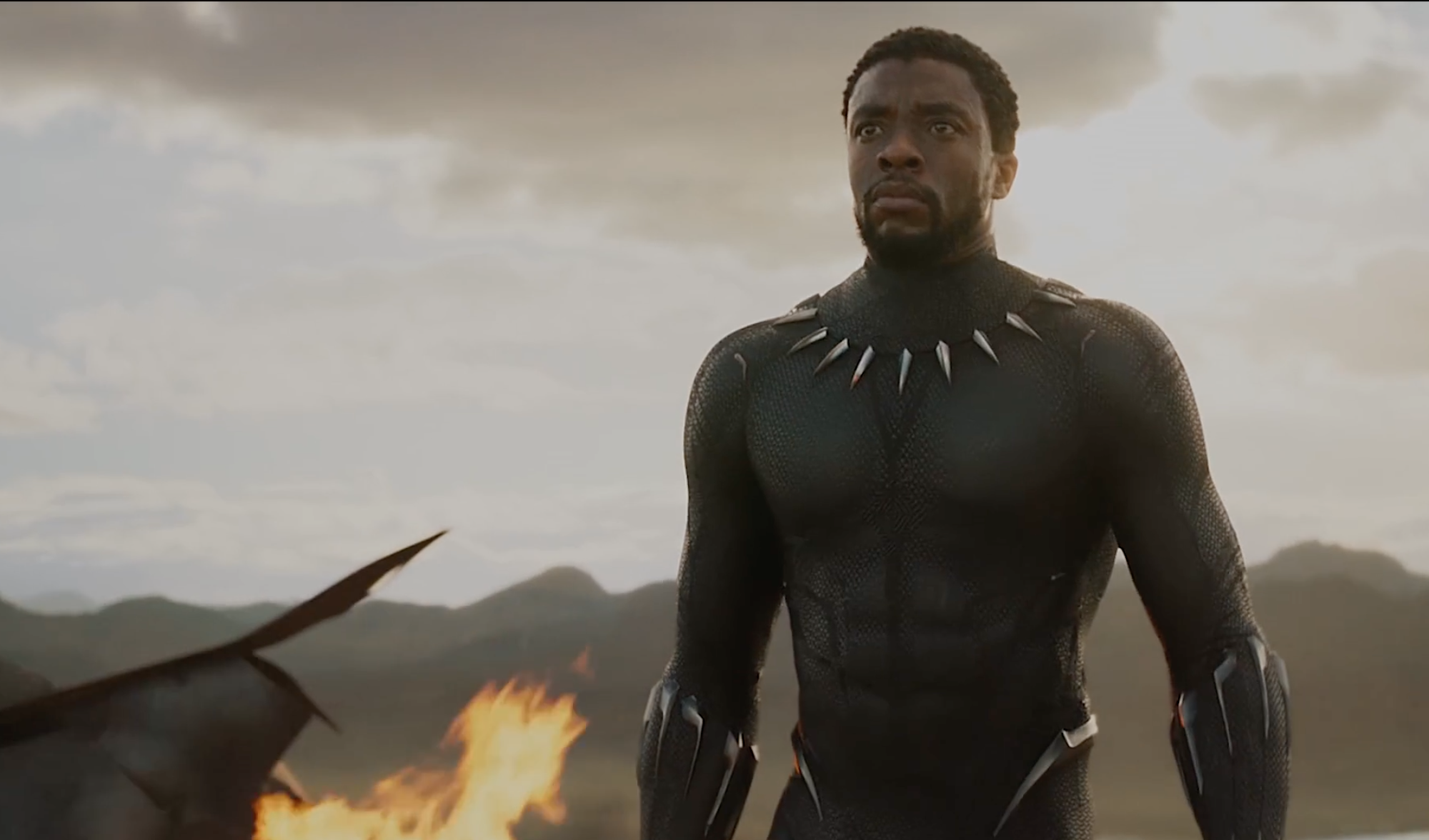 It is not in it’s ability to be a great movie, but it is it’s cultural and global introduction to black power is what makes it such a groundbreaking film

Like all blog posts, this story begins somewhere. Last week, I remembered that the most anticipated superhero movie in years was coming out two weeks. I let my A&C editor know that I wanted to write the review. My news editor and friend let me know he wanted to write it as well, so we agreed to co-write. Sometimes our school paper gets access to pre-screenings, and when we got tickets to see the movie this past Tuesday, I couldn’t contain my excitement. Walking into this film, I had the highest of expectations, and thankfully, it exceeded my expectations in all ways. I don’t think I’ve ever been as happy watching a film as I was when watching “Black Panther.” This film is truly one of the greatest, arguably top two superhero movies ever, and one of the best movies this year for sure.

I didn’t get to mention my personal thoughts of the film completely in our review, you can find that on our website, so I thought I would share a few more of my thoughts that we didn’t mention in the review. The first point I want to make is that there is no possible word that could describe how much pride I had watching a full-black lead cast in the biggest film series of our generation. When you see Chadwick Boseman fight against Michael B. Jordan, or when you see Lupita Nyong’o fight alongside Danai Gurira, I don’t think I have to mention this, but I will again: this is the first time this has ever happened! I mean let’s just be honest. As much as I love “Get Out” or other films with black leads, there still has never been a film that has been able to capture black power and black empowerment on such a scale like “Black Panther.” How many times do we actually see that not only a nation in Africa as a place of groundbreaking innovation, Wakanda, but is actually the most technologically advanced place in the world? For as much as we see chaos, especially for me with the recent protests in Ethiopia, black people across the globe get the chance to see their people be the smartest, most high tech, and powerful in the world, and that’s worth something we should be thankful for.

As a film, “Black Panther” fulfilled all my criteria for a great film: a great script, strong male and female leads, and great visuals/cinematography/music. Starting right off with the script and the narrative, I will just say that besides what is in my longer form review, I found Ryan Coogler and Joe Robert Cole’s adaptation of the Black Panther character to especially carry a narrative that the audience really should connect with. They wrote the film so that you could not only just care about T’Challa, Black Panther, but, if anything, you could care more about Erik “Killmonger” Stevens, the antagonist. The motivations for each character are established clearly and concisely to set context for why every single action is taken throughout the film. I won’t go into spoilers, but the two approaches on how to rule Wakanda by T’Challa and Killmonger are truly the best fictional interpretation of the battle of ideologies between MLK and Malcolm X. You can make arguments for why both sides are possible solutions to bring Wakanda to the world, as it’s an isolated nation at the beginning of the film.

Speaking towards the characters themselves, from humble T’Challa to my favorite, Killmonger, to the ferocious Okoye to the methodical Nakia to the angry W’Kabi and to the hilarious M’Baku and Shuri, I couldn’t have asked for a better team of characters that complemented each other both in dialogue but also in how they acted with each other. There was a sense of camaraderie that couldn’t necessarily be seen in the script but rather in how they appeared on screen. When you see them on the press tour now especially, it is clear that they know how important this film is, and they brought individually and collectively their best performances to the biggest stage in film.

I’ll just touch on the music, but please, I assure you that listening to “Paramedic” by SOB X RBE after watching the film is literally the greatest feeling in the world, as it’s literally Killmonger’s anthem. Overall, the soundtrack, while most of it isn’t in the film, does flow just like the film and each song provides a distinct musical interpretation of each section of the film. There were some slip-ups in the CGI at a few points, which will be obvious once you see the film, but for the most part, it was on-par with any other Marvel film in its spectacle and its scope.

The scene I have a screenshot of from the trailer above is really a part of the bigger importance of what “Black Panther” means for me as a young, black student. Even though I’m older than most of the middle school Marvel fanatics, I cannot contain my true passion and happiness for this movie because I am so proud that people like me can get the opportunity to be shared in such a positive light on the most grand stage ever granted. Ryan Coogler, Bay Area native and director of “Fruitvale Station” and “Creed,” took a risk by bringing the true meaning of black power to the world. Thankfully, he did the best job anyone could ever ask for with the creation of a world and group of characters that exemplify what it means to be strong and black. This movie will inspire millions of black people across the globe, heck it’s absolutely inspired me, to know that we can be ourselves and that’s enough. We don’t need to change our blackness to fit into a mold.

There’s no way this film could ever speak for any issues that happen in the world, particularly in Africa, but it provides insight into the most simple debates that exist about why the second most populated continent can become a greater place and has the potential to be one day the greatest continent in the world. As both African and African American, I am so proud of this film, the team, and everyone who has helped bring this story to the world. If you want to watch a film that will be one of the most important of this decade and possibly this century, or just want to watch a great film about gripping with change and acceptance, then you should watch “Black Panther.” You will not be disappointed. I promise;)