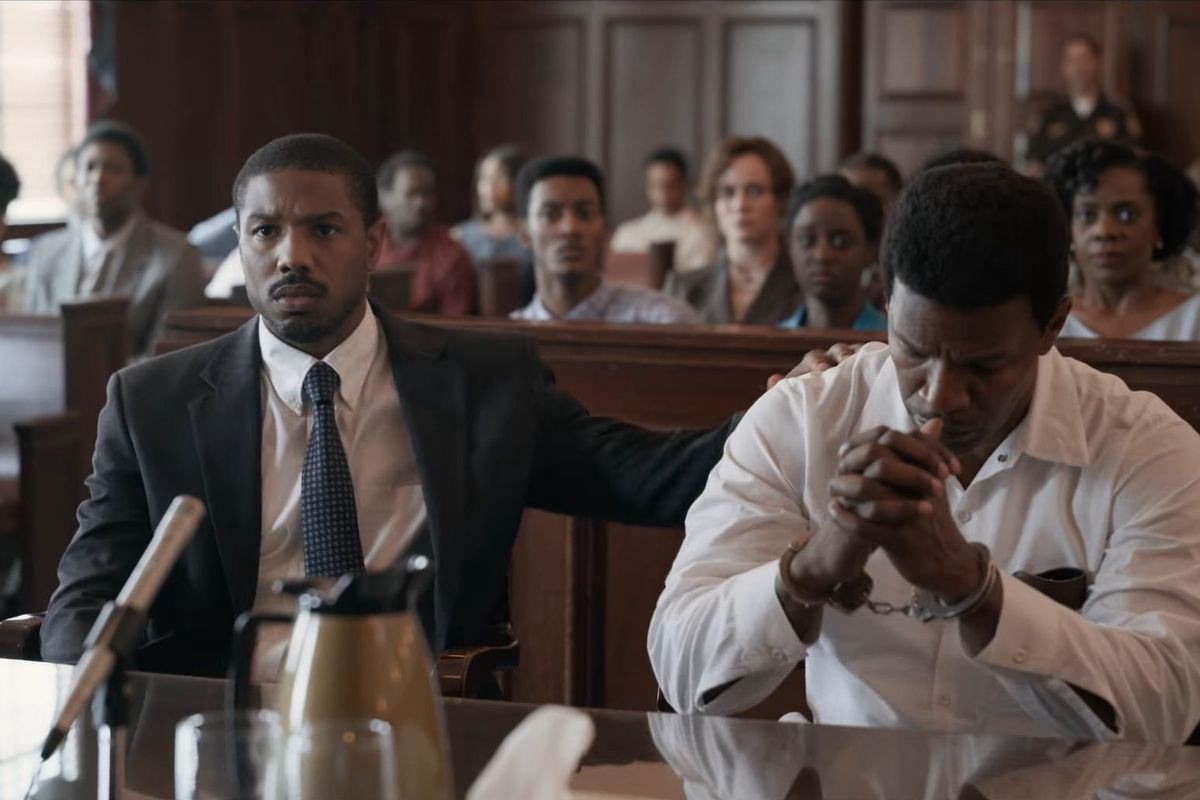 When I was reading Just Mercy: A Story of Justice and Redemption on my commute to an internship a year and a half ago, there were moments where I’d audibly gasp and have very single person near me make very awkward eye as I continue to glance back down into my book. For a few weeks, I’d hop back onto the train with this book in my hand, eagerly reading and repeatedly having my mind blown.

The story of Bryan Stevenson and his journey helping the wrongly convicted is truly an inspiration for me. His work is what I really want to do one day with the rest of my life. So, when I found out early last year that the book I loved was being turned into a film, I counted down the days till December to see it.

Somehow, on a purely random coincidence, I got the chance to see Just Mercy at school last week. And, for the past four days, I have not stopped thinking about what I saw.

I do not cry often when I watch films. I don’t know why or what about most movies don’t emotionally move me, but often times I’ll be that quiet friend while everyone next to me is sobbing. But this film was gutwrenching. I was crying and ready to yell at the screen on multiple occasions. For most of the film, even though I may have known everything that was happening, to see it live, to see it happening in front of me with the emotions of the people placed front and center was horrifying in all the important ways.

The film is centered on the around Bryan Stevenson and his client Walter McMillian, a man who is on death row for a crime he could not have committed. It’s the main arch of the book as well, where all of the stories are connected. Both Michael B. Jordan and Jamie Foxx (Stevenson and McMillian respectively) play their roles with an incredible amount of conviction and sincerity that made me feel like I was there with them. Yes, there were a few short lines that were a bit corny for Jordan’s role in a script like this, especially when you put in context that this man is one of the most celebrated lawyers in modern history. That being said, the moments where he was forced to be strip searched as a lawyer or when he had to watch an execution were moments that could be looked back on as some of his definining moments on screen.

The film’s merits lie primarily with its character development, and fortunately, the majority of the book’s core moments were put into the project. Although I did know how the plot would unfold, I still think they did a tremendous job with still creating a compelling screenplay for those who had read the book. To see my friends to see these stories told in this way for the first time was powerful. We all were able to share this experience in a weirdly sincere way that brought us a bit tighter.

I won’t really go into the merits of the film as a whole since I don’t believe I’m as invested in film critiques. That being said, Just Mercy is not just an average film; it’s a powerful retelling of one of the most resilient stories in recent American history. I encourage any and everyone to see this film, especially if you’re just getting into understanding prison reform and the prison abolition movement.

Being Noah Tesfaye #107: All of Us Deserve Mercy — “Just Mercy” Movie Thoughts