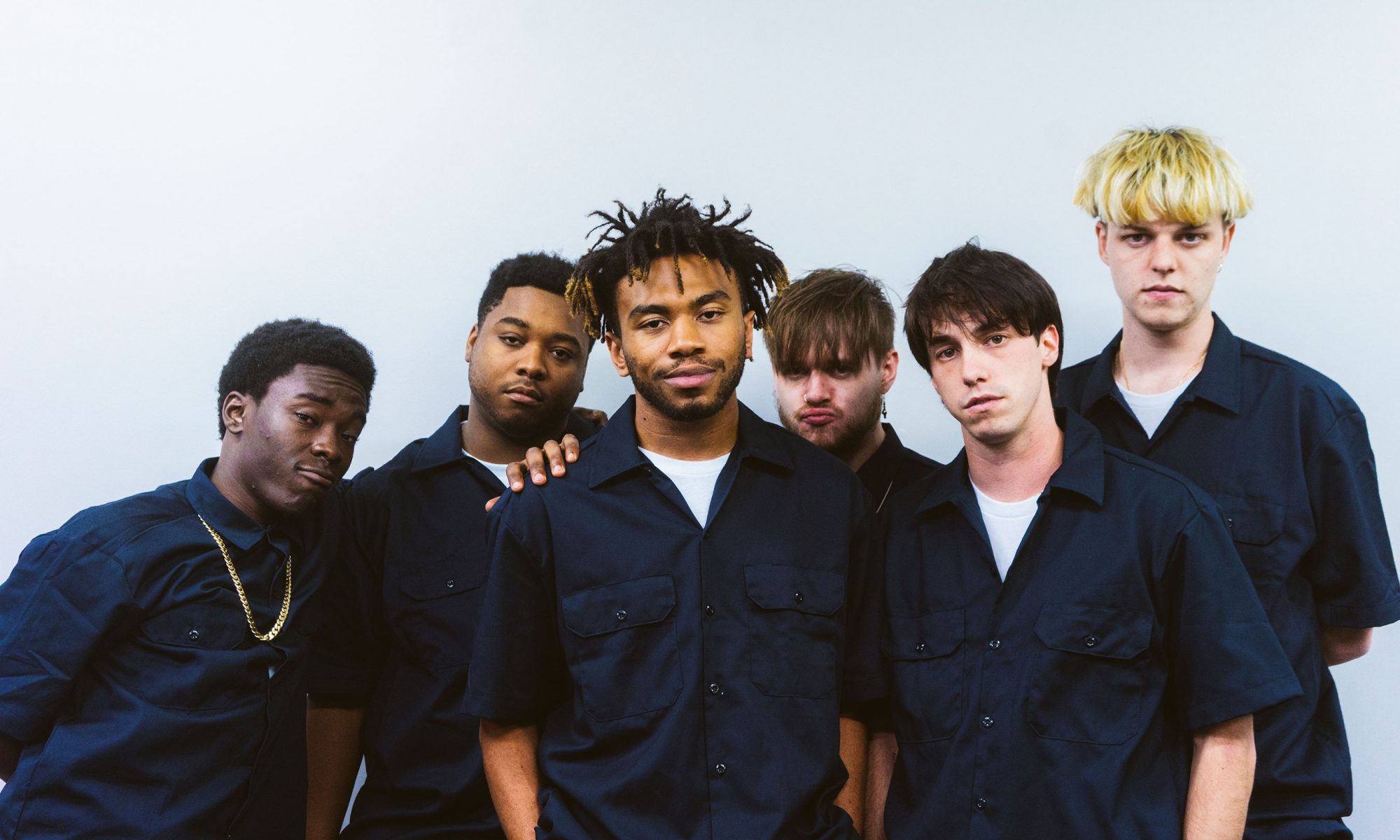 As the 2010s wrap up, I just find it particularly hilarious to look back at where my music tastes lied at the start of the decade. From B.o.B to the Black Eyed Peas, the evolution of my music taste and the phases I went through discovering different artists has been really fun to go through. I scrolled through the nearly 3,000 songs saved in my Spotify library, reminiscing at all the good, the bad, and the ugly that got me to add a certain song or album.

In some ways, I feel as though it’s a bit unfair to try and push myself to distill some sort of completive list of the ten best albums of the decade. But, at least compared to a songs of the decade list, I can more cohesively evaluate a body of work rather than a particular mindset I had when listening to one song, or how it repeatedly was a part of my life at that given time. Each one of these albums holds a personal place in my memories from this decade. Each album had some part in inspiring my growth or was crucial to a particular moment in my life I want to cherish. So, with that said, this is my soundtrack to the 2010s; these are my personal ten favorite albums this decade.

Celebrity deaths have never shaken me. But Ermias Asghedom, better known as Nipsey Hussle, was more than just a celebrity or an artist that I admired: he was an inspiration of what you could do to make a direct impact for those in your community. Ermias’s art was just the means of discovery for learning about how he wanted to invest in technology with black people front and center for his vision, how he did buy his block and turn it into a center for his community. Victory Lap made my list of best albums last year, but following his passing, the album only further reminds me of how you have to believe in yourself against any odds to do what is right. Highlights on the album like the title track “Victory Lap” and “Hussle & Motivate” are great insights into the mind that was truly once in a generation. TMC. The Marathon Continues.

Much of my thoughts on this album remain the same as when I wrote about it on the blog two years ago recapping my favorite albums of 2017. What makes this project continue to stand out for me has just been its permanence in my life. Since its release, there has not been a month that I do not go and revisit the album in full. Whenever I throw on “Boredom” or “See You Again” or “Glitter,” everything just stops for me and me immerse myself in Tyler’s world. His love story that is woven together with simple, catchy melodies is what gets me to return over and over again. It remains one of my favorite albums and deserves a spot on this list.

Drake put out so much music this decade, a decent amount of it falling flat for me. But, if I could take one Drake project with me, even if it may not be considered an album (whatever that even means today), it would be this one. With my personal favorite Drake song of all time on it, “Know Yourself,” or with other iconic Drake anthems like “Jungle” or “6 God,” this project is the only Drake project I thoroughly enjoy in full, deep cuts and all. There isn’t much else to say about it, and in many ways, that’s enough to earn a spot on my all-decade rankings.

7: ‘To Pimp a Butterfly’ — Kendrick Lamar

The eighth-grader in me got put onto Kendrick after taking a deep dive on Spotify, looking for complex, current-event-based bars. Amidst the rising support and awareness for the Black Lives Matter Movement, there couldn’t be an album that could encapsulate the mind of a black man at this time. If you were to pick a single album to represent this decade, you could not pick a more impactful album to do it. “Hood Politics” and “i” continue to be my favorites off the album, but as with all albums on this list, there aren’t any songs I don’t listen to on at least a semi-regular basis. Kendrick deserved his Pulitzer for this one.

During my peak piano passion time, my angsty middle school self became an Adele stan. There was a time where I would only listen to this album for hours on end, never not screaming out the lyrics with my tiny Sony headphones. It was a great time to be alive to have such amazing pop ballads I wanted to hear on the radio so for the days I was going around with my friends in their parents’ cars, I could jam with them on our way to school or Starbucks. “Someone Like You” and “Turning Tables” are the two tracks I will never forget from this album because of their heavy piano emphasis, and when it came to learning how to play, this album was crucial in developing my skills. Currently waiting on the next album as we speak, hopefully coming this winter/spring.

There are albums that you get to hop onto right when they release. You grow with the project, and it forges a bond that makes it unforgettable. My relationship with Malibu is the complete opposite of that. I discovered it six months after its release, after deciding to click on it as I was jamming out to “Come Down” and “Am I Wrong,” the lead singles from the project. I think I heard about it from a commercial I always saw watching basketball. Nonetheless, from the middle of 2016 to now, Anderson. Paak’s soulful, soothing voice gives me the joy that no artist does. Live, there has been no performer that has blown my mind like seeing Paak drum and sing/rap for over an hour and a half. Every time I listen to it, I have new personal favorites from the project and can pick through different tracks based on any given mood I’m in. As of now, check out “The Dreamer” and “Lite Weight.” This album is currently one of two, the other being Flower Boy, that occupies wall space in my dorm.

Who knew that my first true introduction to J. Cole would be through my mom watching one of his interviews right after this album dropped. She was watching his conversation on NPR and told me to check out his music. I was hesitant to take a music suggestion from my mom, but it turned out to be a recommendation I will never forget. From start to finish, FHD plays through the mind of a young boy who becomes a man. When I was listening to this project, I was growing and experiencing some of the same stories Cole was rapping through. The three-track sequence of “Apparently,” to “Love Yourz,” concluding with “Note to Self” is maybe the strongest three-song stretch on this whole list. It is Cole’s honesty in these three songs in particular that allowed me to begin to open up and be more vulnerable in life, something I could never be more thankful for.

From a technical perspective, you could make the argument that there is no album on this list that is as ambitious or sonically powerful than MBDTF. Releasing the first day this decade, this album is not only the best of Kanye but is what I believe is his most honest reflection into his state of mind we’ve seen. The writing, the production, and, most of all, Kanye’s bravado and confidence culminate in an album that has remained a part of my life for the past ten years. “All Of The Lights” was the first rap ballad that I memorized lyrics to, and since then, I’ve explored all parts of the album. “Runaway” is my song of the decade not only for how unique it sounds but for how much that song has gotten me to just be okay venting and feeling crappy as long as you know you will grow from it. I have a playlist with just this song titled “For Those Days…” because it is the song that brings me back to remembering why I want to achieve the things I want to conquer. Kanye was at his best, and I could have lived nowhere near the same decade without this album.

The summer of 2017 was the most pivotal three months of my life. One of the reasons why was because I discovered my favorite artist/group to date. The day I listened to Saturation for the first time, days after it’s release in June of 2017, my perception of what hip-hop could be was shattered. All three albums released in six months are, in my view, one triple album that captures the evolution of the best group in music. The versatility, the vulnerability, the grunginess all are in full-effect throughout the three projects. To witness their rise from the very start is in part why this ranks so high. I do rank the Saturations 3, 1, 2, but I cannot take one particular album without bringing the whole package. That’s why I cannot ever take one without bringing all three. “BLEACH” and “GOLD” are my favorite BH tracks of all time, and seeing these tracks live a few weeks ago reaffirmed how much the best boyband of all time is so incredible.

It was no surprise to me that in the course of compiling this list where this album would lie. I haven’t listened to any other album this consistently, for as long, on repeat, shuffled, then this one. From the moment I first listened to it in a dorm at midnight at Columbia, I knew that this album was gonna be special to me. And, every single week since it has been the soundtrack to my life. To see my favorite rapper of all time be so direct and honest about his mistakes and recount his family history were the stories I needed to hear at this moment in my life. The memories of walking through New York City alone listening to this album that summer, rapping along silently to every bar, are where I came to some of the most important insights about what I wanted to do for the rest of my life and what I’m truly living for. The production by No I.D. across the album with samples of Nina Simone gives this album the longevity that it deserves, merging different generations. The features are placed perfectly to complement the beats and Hov’s confidence. The back and forth in particular between the personalities of JAY-Z and Shawn Carter is what drives this album. “Marcy Me” and “The Story of OJ” are narratives that hit home for me time and time again. If there was one album I would take with me for the rest of my life, to never let go of, it would be 4:44 for the memories and adventures I had with this playing throughout the past two and a half years.

So that’s the list! Feel free to check out any of these albums if you haven’t already heard them. Each one, for different reasons, is an album that, most importantly, means something important to me. I encourage you to try and make your list or go back through the music that shaped your decade. It brings forth a level of reflection that I think we all could use, especially as we wrap up the 2010s and are on break.