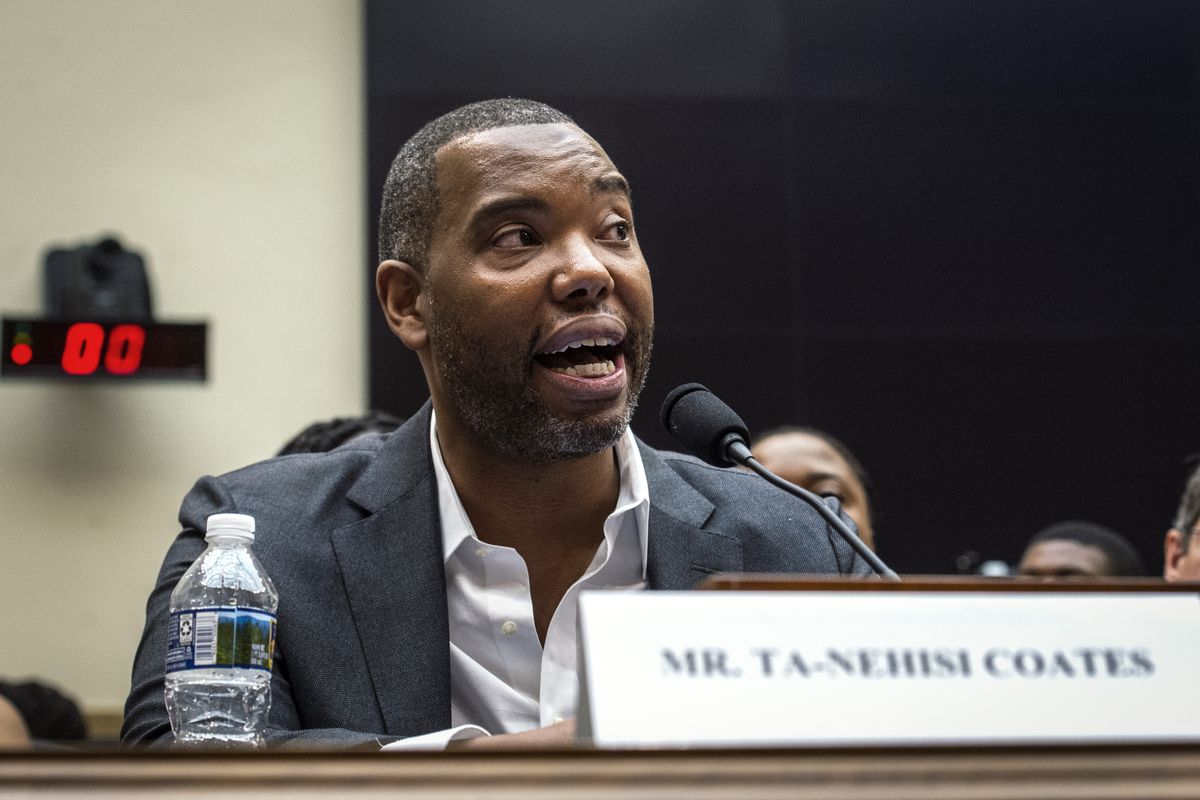 On Wednesday, June 19th, 2019, the House Judiciary Committee hosted the first-ever hearing on the idea of reparations for slavery and the perpetual injustices caused by the federal government through Jim Crow. The room was packed with activists, tensions were high, and a significant chunk of the conservative representatives was absent.

The topic of reparations has remained an active topic in the American political sphere recently since the 2014 essay by Ta-Nehisi Coates “The Case for Reparations.” During one of my first ever blog posts over a year and a half ago, I wrote about a few brief arguments that have been shared about why reparations must happen, linked here. Coates’ essay was and is still one of the most important pieces in my own growth as a writer and learner. Yesterday, he, along with several others, testified to the merits of this discussion. He went after the recent comments Senate Majority Leader Mitch McConnell said the day prior, saying:

“He was alive for the redlining of Chicago and the looting of black homeowners of some $4 billion. Victims of their plunder are very much alive today. I am sure they would love a word with the majority leader.”

The hearing was on the famed piece of legislation known as HR40, which began with former representative John Conyers asking for the federal government to create an initiative to investigate the merits of paying reparations. At this point, the argument isn’t even whether reparations should be given, but whether the federal government should start a commission to look into the issue. Throughout the hearing, advocates for both sides of the argument took the time to make their own short case for reparations before the committee asked questions.

The challenge when it comes to getting this bill through is the prevalent argument held by conservatives, black conservatives most vocally, that it happened too long ago, that the true victims of slavery are long gone. Furthermore, they criticize the practicality and invalidity of paying checks which they claim would only increase racial tensions. Another argument that is also presented is the idea black people don’t need a handout, that anyone who wants anything bad enough, they can.

Yet, every single argument when it comes to the framing of this argument against reparations fails to focus on the key facts. There are countless accounts following slavery of state-sponsored segregation and unconstitutional legislation that prevented black people from being able to climb up to the middle class after being freed. From the GI bill to redlining, loan denial, and plainly not being allowed to buy property, the government is responsible for the majority of the wealth gap that exists between black people and white people in America. That does not even begin to go into the lack of voting rights or even the fundamental case that those enslaved never reaped the benefits for helping build this nation literally into the most powerful nation in the world.

Reparations aren’t about just money; it is about this nation truly coming to terms with the sin that is responsible for what we are today.

Cash checks are not just the only way in which reparations can be granted. From interest-free loans, free college, or investments into community centers in black neighborhoods, there are many methods in which funds could be devoted to positively impact black people in ways the government failed them throughout our nation’s history.

To have this hearing on Juneteenth, the anniversary of the end of slavery, the year that marks the 400 year anniversary since the first Africans arrived in America, speaks volumes to how long we’ve continued to push off discussing this issue. Aside from the ideas I’ve been gathering to push for Black History Month to move to June, the one frustrating part about all of this is that the argument for, at minimum, a reparations commission, if heard objectively, is sound. However, public opinion on the issue is terrible.

Across several national polls, only about 25% of Americans are in favor of paying for reparations. In a time where the issue is unfortunately so misunderstood and mischaracterized, when partisanship is at an all-time high, for a presidential candidate to truly back the issue would be committing political suicide. And indeed, you see that the candidates who back reparations as one of their tenants in their campaigns are trailing in polls, with Julian Castro and Senator Cory Booker not yet cracking 3% with near unanimous national name recognition.

But, here’s my question: when has public opinion polling ever stopped a movement to advocate for what is right?

Gay rights, women’s rights, and of course the rights of black people all had national polling numbers that suggested this country wasn’t ready to adopt these policies. But has that ever stopped activists, stopped our nation from moving forward for true justice? No.

HR40 must pass. The conversation on a national level is one that with this bill could lead to a true education nationally on the effects of slavery and Jim Crow had on America. I urge you to go out and learn more about the bill, it’s merited, and why the argument for reparations is clear. Let this week’s hearing just be the first of many.