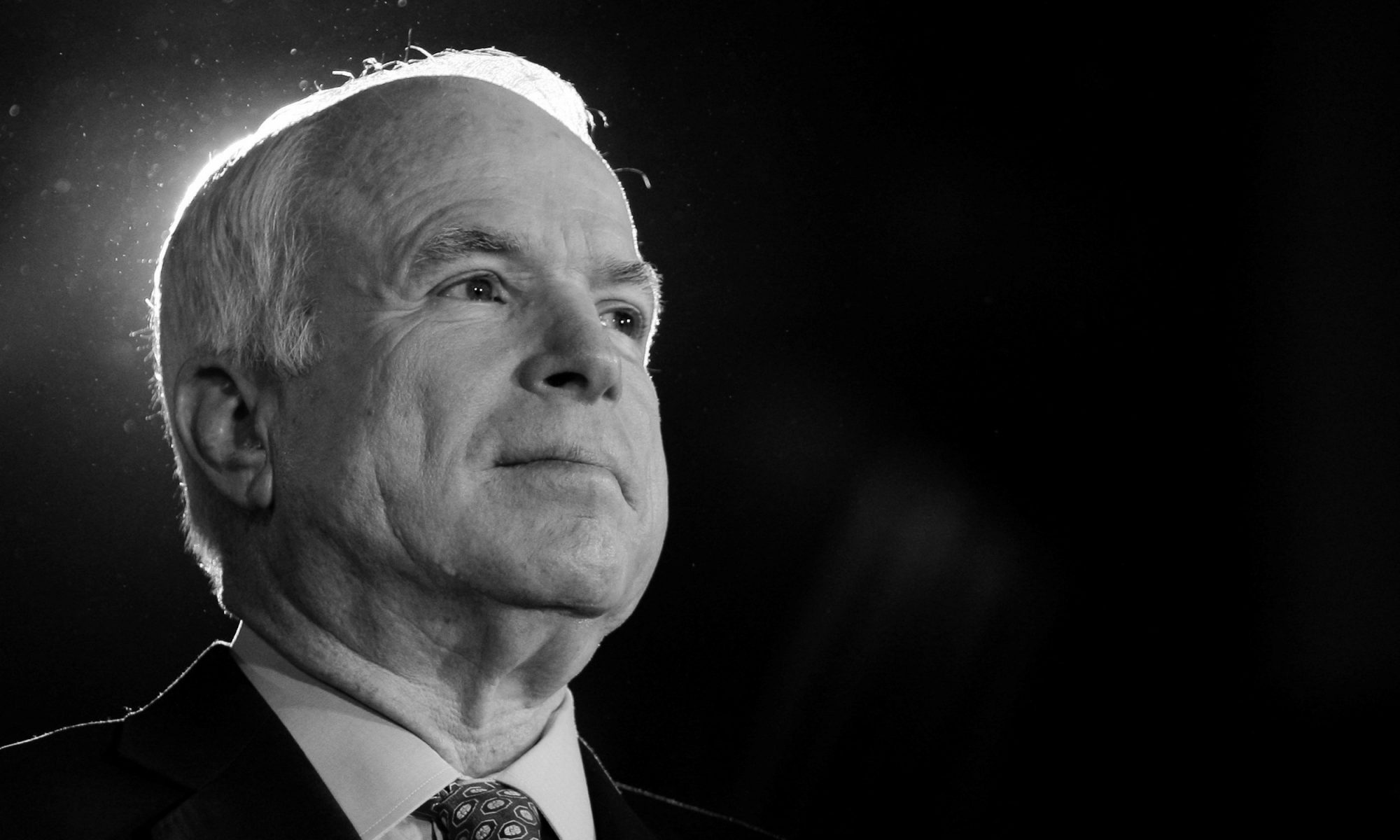 Today, we lost a patriot.

When I watched my first presidential election, I didn’t think much about his policies. I didn’t think much about policy at all to be quite honest. All I saw during that election in 2008 was a black presidential candidate who looked like me and had African heritage. He made me feel like I could one day become that successful, and as a result, during the elementary school election, I voted for Barack Obama.

But over the course of the next eight years, and especially during the past two years, I’ve learned more about this man’s story, from his torture in Vietnam, to his work in Congress for immigration reform. But most of all, I learned about one of the most respectful and sincere people American politics has ever known.

I finally discovered who John McCain was.

There is no video that further exemplifies this very fact than during a town hall during the 2008 presidential campaign. If you have not seen this video, it’s linked above, but I’ll share with you the transcript of this exchange he has with a white women who asked him a question:

He shook his head instantly, grabbed the mic and responded:

“No ma’am. He’s a decent family man, a citizen that I just happen to have disagreements with on fundamental issues, and that’s what this campaign is all about.”

The way he responds, focusing on the policy and not the character of Obama, is something we don’t see often in politics today.

Even with his supporters surprised by his answer, he continued to speak on this same idea:

“He is a decent person and a person that you do not have to be scared of as President. If I didn’t think I’d be one heck of a better President I wouldn’t be running, and that’s the point. I admire Sen. Obama and his accomplishments, I will respect him. I want everyone to be respectful, and let’s make sure we are. Because that’s the way politics should be conducted in America.”

It was in this single video that I believe you truly see what John McCain stood for: America. In every sense of this country’s true values, McCain fought for his own vision of this nation, but respectfully. He did not care whether he would be alienating his supporters by making a statement like this, nor did he attempt to later clarify what he said. He meant every single word in that video and continued to have the same sentiments in the years following that town hall. In today’s political climate, he was a rare constant believer in the American people.

Our president, on the other hand, thought otherwise of him. After McCain spoke out against his concerns about Donald Trump as a presidential candidate, Mr. 45 responded with “He insulted me, and he insulted everyone in that room… He is a war hero because he was captured. I like people who weren’t captured.” It didn’t matter what his party’s presidential candidate believed. Even through these comments, he continued to speak out for respect and dignity within politics. And I’m thankful for that.

I disagree 100% with his lackluster pick of Sarah Palin for VP, which he even agreed with after the fact in his memoir. I did not personally like his vote against the ACA back in 2010 either. I don’t agree with his past jokes and comments that were not in good faith at all. He’s said some comments that I am wholeheartedly against as well.

But at this point, that is not what we should talk about.

For all the things I may have disliked about his policy and his preferences as far as how our country was run, I supported his singular goal of trying to make America a better place for all people. His immigration reform support, his vote to not repeal ACA last year, and his attempts at bipartisanship are truly to be commended. He strayed away from complete partisanship because he believed that representatives should think independently and share the values of their citizens.

John McCain was the first true Republican I got to know in politics, and most importantly, the one I respected the most. His service to this country and to every single person living in this country and serving abroad is far more than almost anyone in recent memory. He will be missed dearly, and I am sending my wishes out to his family, friends, and colleagues.