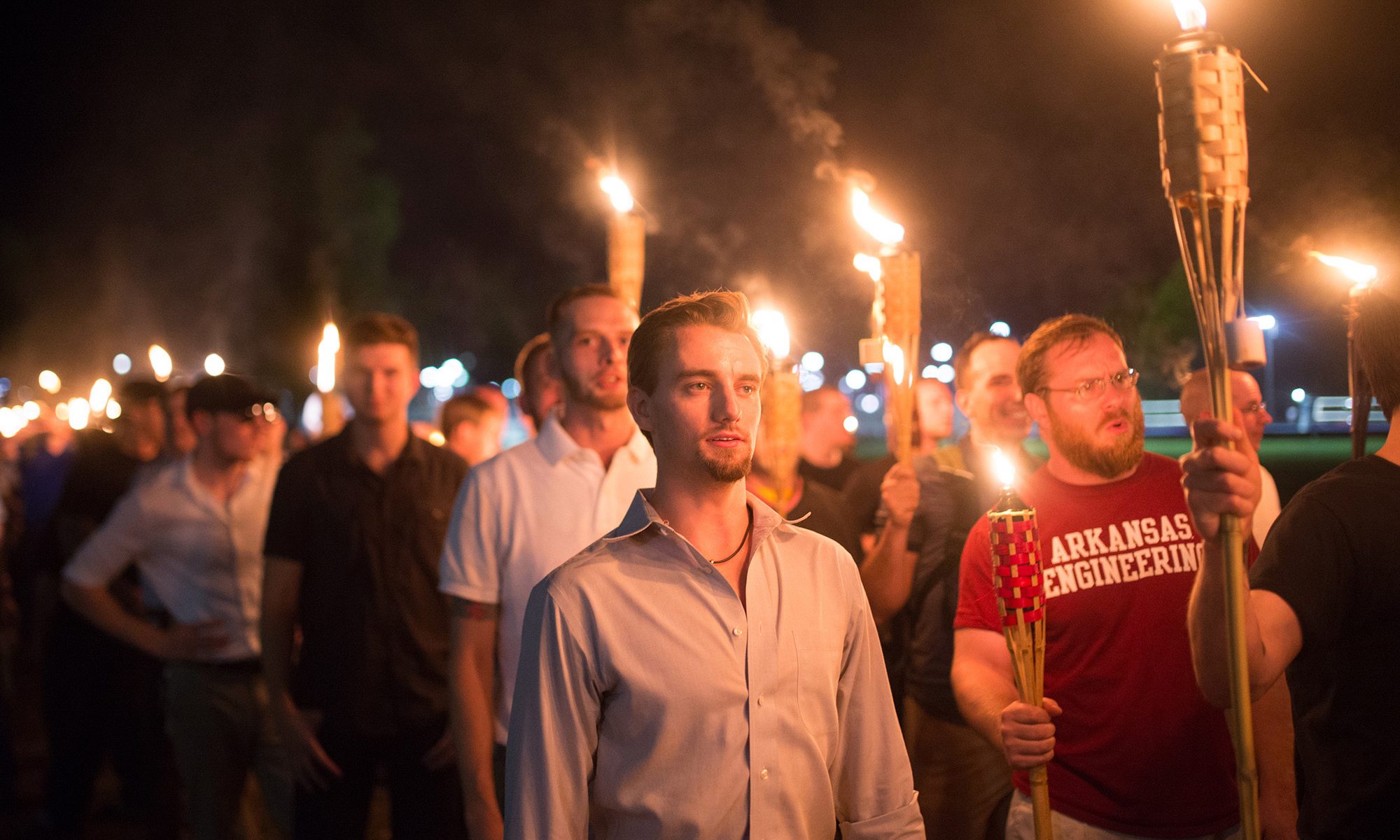 I’ve been doing a lot of thinking and talking lately. I know. Most of you assume that’s a lot of what I do. And you’re right.

Yesterday was the one year anniversary of the the Charlottesville white supremacist rally. I still cannot believe it’s already been a year. Nonetheless, I have spent most of past week thinking about this very topic, and more broadly, how racism has permeated throughout society and how, if at all, has it affected me and the lives of those I care about. Granted, although I spend a lot of time thinking about this year-round, this is the right time to take a deeper dive.

We don’t have Richard Spencers out in the open, nor do we have the Christopher Cantwells roaming outside as much. And that’s great. We don’t need racist, ignorant, narcissistic, selfish people attempting to constantly incite violence. I am the first person to say that, in many ways, we need them out in the open for one reason: to remind us all of how stupid and illogical their opinions are. I am a proponent of all speech, and in particular hate speech, because I truly believe that you can break down the flaws in those arguments. I am not going to deny that there are people that will follow the words and actions leaders of the white supremacist movement, but I do believe that you can almost let these people make a fool of themselves. I really believe this.

But the scariest part of these ideas is that now they’ve permeated into the mainstream, that it has become almost a position for certain conservatives. Again, I really value conservative opinions and really do want to hear out their policy. Silencing opinions for disagreeing with them, no matter the circumstances, is ridiculous. But when people like Tucker Carlson, Laura Ingraham, and of course the president openly begin to speak of the very dilution of American heritage, and that immigrants are only coming to this country for the purposes of hurting our elections, I know we are facing a real, radical, significant problem.

What I fear the most at this time is not that some conservatives continue to spread these ideas across America. What I fear, and what I have seen, is that liberals, independents, and all others are continuing to focus on the very ludicrous things these people are saying instead of focusing on what the current administration is REALLY doing. As an independent, I admit that I do side with liberal policy and ideals in almost all circumstances. But I cannot get behind this focus on the polarizing figure that is 45. We read his tweets and not his policy. We watch his rallies and not the rest of his cabinet’s actions. We aren’t really focusing on what’s important. And that’s what’s the most terrifying: we do not spend enough time looking at what is truly affecting us. There are journalists doing that work at all publications. They are digging, hunting for the real truth of what’s going on in Washington. We just need to read their work. They are focusing on what’s important, and we as a country should do that too. When the president tweets reiterating how Charlottesville was an “all sides” conflict, look elsewhere, and even just taking this small of a step can lead us to a more informed future.

Journalism is the first step, but we all know that the law is the true place where we can ensure that the law is equitable for all people. Racist policy will change only if we can ensure that we elect officials that share our belief in protecting the rights of ALL Americans. Voting for your representatives and, most importantly, your DAs is how we can truly make a difference. It’s frustrating I can’t vote, but I’m going to find the best ways I can to help out. Campaigns always appreciate younger volunteers, and even if you have an hour or two to make calls or door knock, turning even one voter is better than none. Getting the right elected officials is the one way we all can sleep better at night. Let’s do everything we can if we truly want things to change.

I won’t ever stop reminding the world that racism is one of the most important building blocks this nation was founded upon. I haven’t been significantly affected or inhibited from doing anything by being black. I haven’t been rated for a house mortgage at a fraction of the value asked for like my parents. I haven’t been kicked out and searched of an Urban Outfitters like my Latina friend either. I am thankful that no one has openly done such a thing to me. Yes, it’s weird to be looked at wherever I go in my local downtown. Yes, it’s weird when you have to explain your heritage and your experiences being black to adults all the time. Yes, it’s annoying to always scan the road and be aware of every single police car when I drive. But I can’t do anything about any of this. The one thing I can control is how I deal with these circumstances. That’s why I’m proud of who I am: a first generation, Ethiopian-Eritrean African American. I’m going to work hard in sharing my stories, sharing the stories of others who have to deal with these same things, and earning every opportunity I can to educate myself and become the most equipped to help change this country. Till next week…