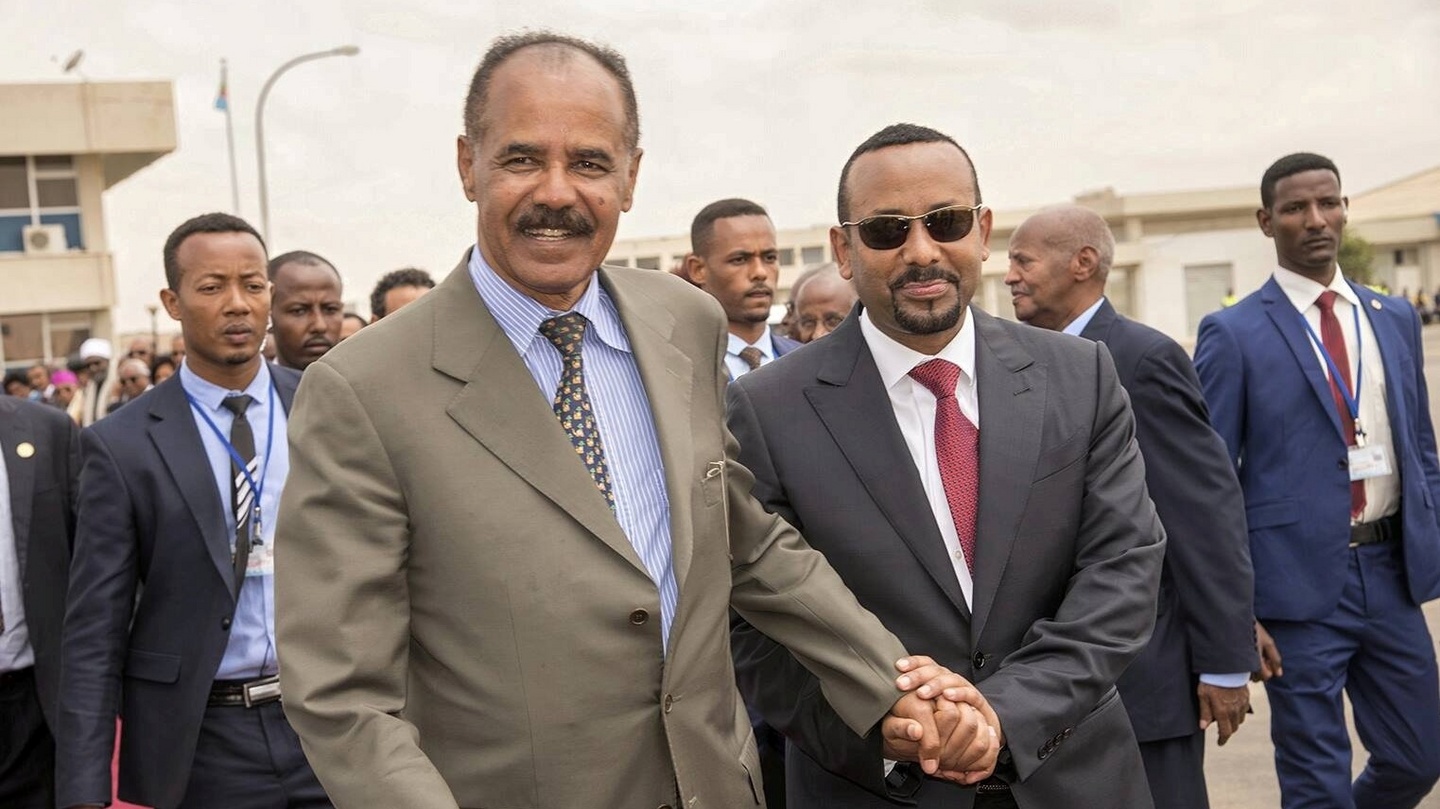 If I could describe being both Ethiopian and Eritrean in one word, based on the history, it would be conflict. Ever since we rose up and defeated the communist regime known as the Derg, Ethiopia and Eritrea have fought over regions they share borders, especially at Badme, a town in Eritrea. For the past twenty years, there has been unofficial war between the two nations, which cost the lives of over 70,000 people.

For a brief recent history, the main jist is that the former prime minister of Ethiopia Meles Zenawi did not follow through with a peace agreement signed in 2000 between him and President Isaias Afewerki of Eritrea. This led to a sudo state of war and conflict for the past decade and a half or so. After Meles died and his successor, Hailemariam Desalegn stepped down a few months ago, Ethiopia finally had an election this year. Its winner, Dr. Abiy Ahmed, is the first president of Oromo descent, the ethnic group who was in severe conflict with the Tigray TPLF party and with the government, which resulted in numerous state of emergencies and countless deaths.

What makes Abiy so different from any Ethiopian prime minister thus far is that he has been extremely progressive. Like insanely progressive. He has a masters from the UK and a doctorate from Addis Ababa University, and he’s only 42! He and his chief of staff have Twitter accounts, and they post regularly. He’s ordered the releases of thousands of political dissenters from prison, condemned the previous regime’s torture methods, and opened televisions networks and websites for Ethiopians to use for the first time. The lifted state of emergency after the numerous protests in the country have signaled a new direction for Ethiopia: one of peace and future-driven thinking.

But in his first inaugural address, Abiy spoke to finally making peace with Eritrea. And last week, he went to Eritrea and signed an agreement with President Afewerki to end the war, giving up the conflicted town of Badme, and resuming economic trade with Eritrea. But it goes beyond that. Eritreans and Ethiopians for the first time can now travel between each country and can make phone calls to each other. And just today, Saturday the 14th of July, Isaias finally came to Ethiopia for the first time in over twenty years to continue discussions with Abiy.

For me personally, this is some of the greatest news I may ever hear in my lifetime. I genuinely hoped and prayed that this would become a reality, but I never thought this could come so soon. My grandmother on my mom’s side is from Asmara, and for decades, she has never been able to see her family. I’ve never been able to visit aunts and uncles and cousins for fear of consequences that could happen if I were to travel to Eritrea. But now, this door finally opens a new chapter for us to be able to establish new relationships and new opportunities to make each country better.

I can’t wait to visit Asmara and see all of the Italian architecture. I can’t wait to visit the Red Sea in Massawa at night, talking to my family for the first time and eating some great food. I can’t wait to learn more about Eritrean culture, finally picking up some Tigrinya and exploring the countryside. New pictures, new memories, and new stories that I can write, the possibilities are endless.

My grandma also has a weird personal relationship with Isaias, which I don’t know if I’ve mentioned, but has caused arguments with my uncle and her about his behaviors as a leader. He’s definitely a very, very bizarre and quiet person, and you can read about all of the insane things he has done leading Eritrea for the past twenty years, including never holding elections and more. But I’m really curious to see that first interaction and find out what would happen that day.

If you didn’t know, the Nobel Peace Prize will be announced on December 10th. I’d like to offer a completely unofficial nomination for Dr. Abiy Ahmed. What he has done in just three months as prime minister has objectively shifted the course of peace for all of East Africa. Assuming he is able to stay focused and put the people first in all of his work, he is deserving of this award. I am so, so, so damn excited about this new future and when I get the chance to go visit Eritrea for the first time, I will be sure to write back and share those stories. Till next week…